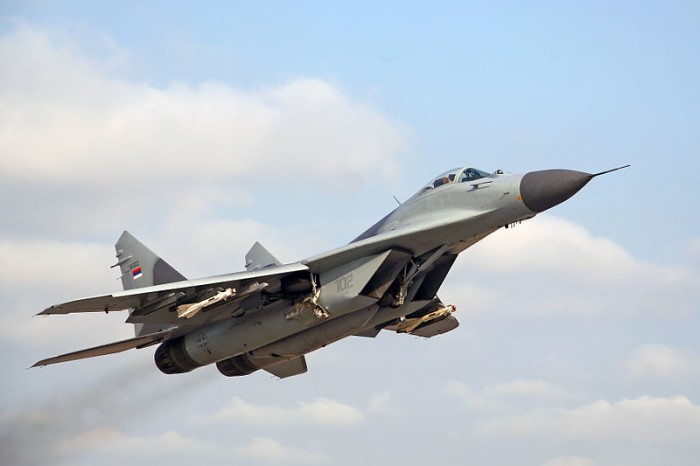 A source of Beta agency, close to the Air Force command confirmed the report of Serbian daily Politika that the Army of Serbia does not have a single fighter in working condition because batteries for MiG-21 and MiG-29 were not purchased from Russia. Although it is a purchase of the assets that cost tens of thousands of euros per set, a delay in the purchase occurred not only because of the lack of money, but also because of “very rigid and bureaucratized system” that indefinitely prolongs the procurement, although even Russian squadrons that use Mikoyan Gurevich MiG-29, purchase batteries on the civilian market.

However, the same source claims that the situation in aviation is so difficult that it goes beyond the issue of procurement of batteries, but threatens to cause elimination of an entire corps due to the lack of aircrafts, fuel, spare parts, and even trained personnel.

Photo by Krasimir Grozev via inSerbia