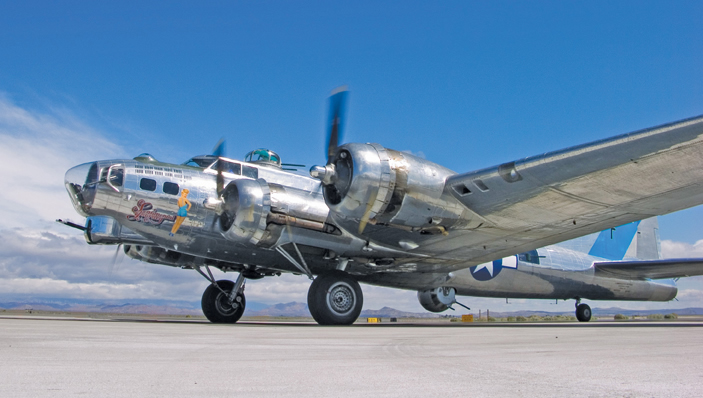 A legendary Second World War aircraft will be doing what few of its kind are capable of doing when it flies to Winnipeg for a seven-day visit at the Western Canadian Aviation Museum. It arrives Monday.

“Sentimental Journey,” a Boeing B-17 Flying Fortress bomber that flew in the Pacific theatre during the war, is being brought in by the Arizona Wing of the Commemorative Air Force. The bomber is one of only two in North America that are still airworthy, said Shirley Render, executive director of the aviation museum. B-17s were used in every theatre of the war, notably to drop bombs on European targets. The public will be allowed to climb into the plane, which Render says is a great opportunity to see the aircraft and its history up close.

“It’s a huge difference from seeing a picture in a book to actually being able to climb right into the plane,” she said.

For the complete story by Oliver Sachgau of the Winnipeg Free Press, click here.

Photo by the Arizona Wing, CAF