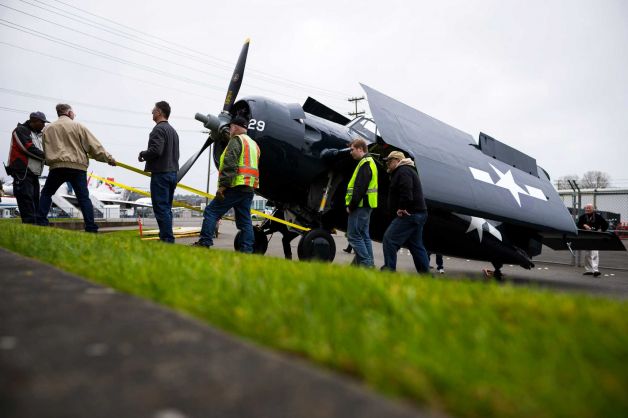 What do you do with a military airplane that’s too old even for the reserves? In the case of a World War II General Motors FM-2 Wildcat, you turn it into a playground attraction.

Then, of course, you wait for aviation historians to realize its importance, restore it and hang it in a museum. That last part happened Thursday at the Museum of Flight in Seattle.

The Grumman F4F Wildcat was the primary U.S. Navy and Marine Corps fighter during the first year and a half of World War II, playing a key role in such battles as in Coral Sea, Midway and Guadalcanal, according to a U.S. Navy writeup. “Though the stubby little F4F could not equal the speed and maneuverability of its Japanese counterpart, the ‘Zero,’ its rugged construction and superior armament, coupled with well-trained pilots and good tactics, ensured that it generally gave at least ‘as good as it got’ during the crisis months of 1942.”

For the complete story by Aubrey Cohen of Seattlepi.com, click here.