It laid buried under the sands and waves since it crashed off the coast of Wales in 1942. Then, 65 years later in 2007, after a storm, shifting waters displaced the sand to reveal a P-38 Lightning fighter to the amazement of aviation buffs around the world. The photographs show how the previously undetected twin engine fighter looked as it suddenly appeared on the Wales beach. Nature has done a great job of hiding the wreck. At the time, the find was described as “one of the most important WWII finds in recent history”.

Known as the “Maid of Harlech” the USAAF fighter crashed on the Gwynedd coast when it was taking part in training exercises and its engines cut out. Amazingly, the pilot Lt. Robert Elliott walked away from the incident without a scratch, but just three months later he went missing in action serving in the American’s Tunisia campaign in North Africa.

Recognizing the Lightning’s historical significance as the oldest surviving Eighth Air Force combat veteran, and its potential as an object of study in corrosion research, TIGHAR (The International Group for Historic Aircraft Recovery) committed to champion the aircraft’s recovery and preservation. 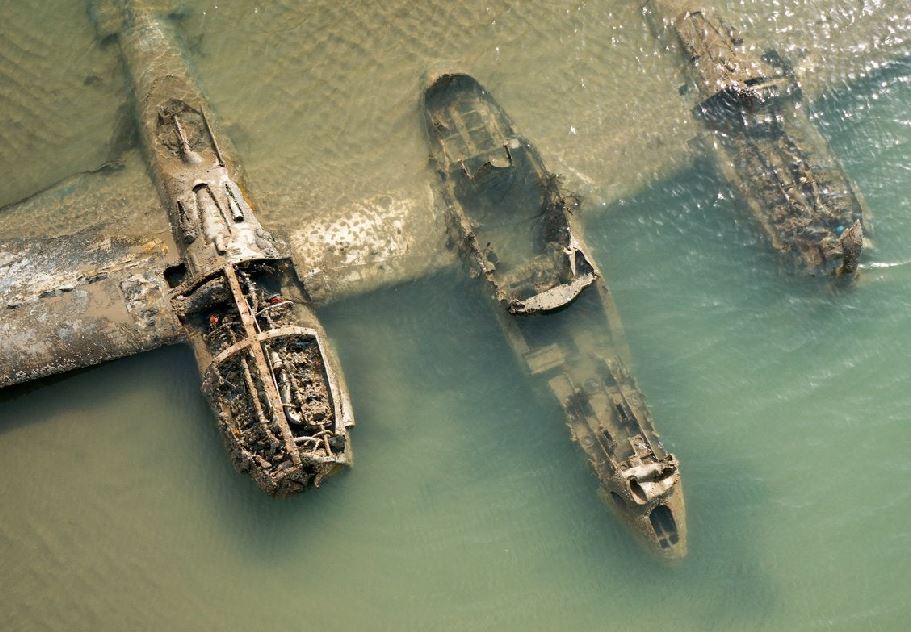 Welsh government officials say the resting place of the Lockheed P-38 Lightning, nicknamed, is the first military aircraft crash site in the UK to be protected for its historic and archaeological interest. The Welsh government’s historic environment service, has given the plane scheduled status, the P-38 joins castles, abbeys and prehistoric sites as well as buildings and sites connected to the iron, coal and slate industries in Wales that are now protected.