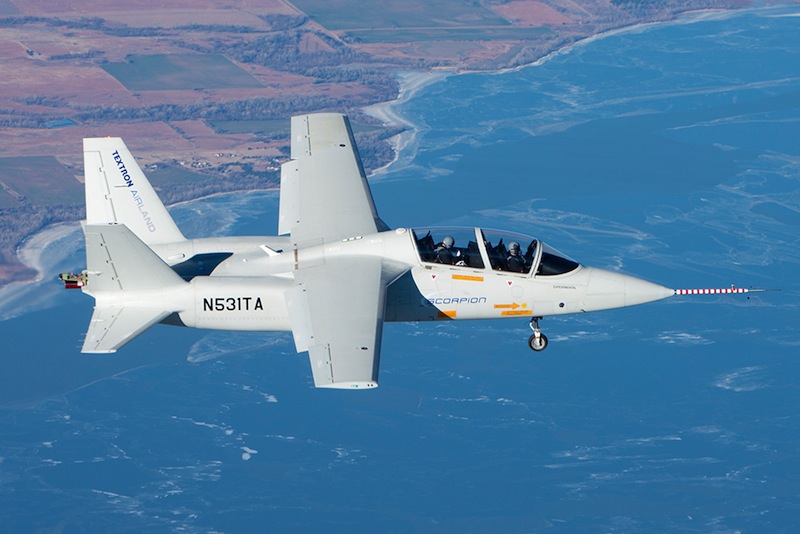 Wichita workers on Textron AirLand’s secret multi-mission tactical military jet, the Scorpion, never called the project by its real name until it became public in September. And they rarely used its code name – SCV12-1.

“It was too much of a tongue twister,” said Dale Tutt, the Scorpion’s chief engineer. “Most of the time we just called it ‘the project.’ Internally, we all knew what we were working on.”

A difficult code name would keep employees from using it, Tutt said, and that would lessen the chance of them mentioning it outside work.The Scorpion project was kept a secret for nearly two years until Textron, Cessna Aircraft’s parent company, unveiled it three months ago. The plan to go from concept to first flight in 24 months was an ambitious goal. But Textron and its staff met the schedule, and the Scorpion flew for the first time Dec. 12.

For the complete story by Molly McMillin of The Wichita Eagle, click here.