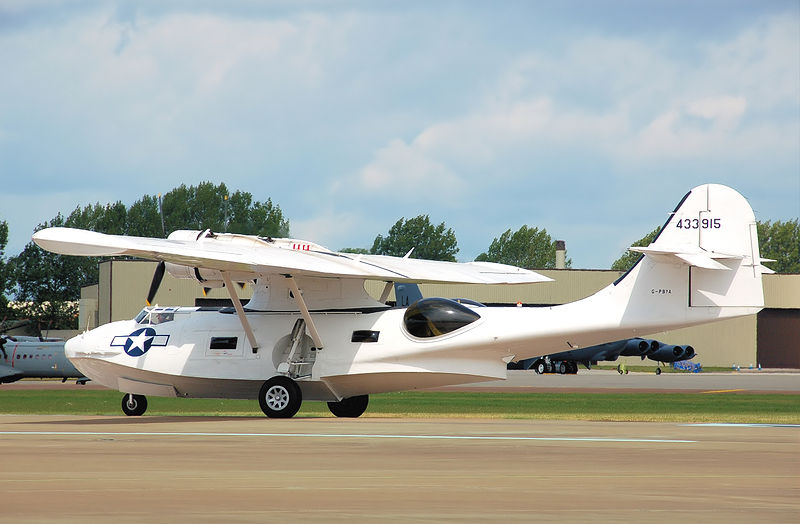 What started out as six farmers from Fairview, Alberta, looking to save a piece of Canadian aviation history, has snowballed into a national movement to get a downed Canso PBY 5A back in the air. Even though the plane already had a Newfoundland connection, St. Anthony and Stephenville is playing a big part in getting it back into flying shape.

The engines and propellers of a display Canso  in St. Anthony, once owned by Stephenville, are being donated to the Fairview Aircraft Restoration Society to help see the project completed. The aircraft was designed as a flying boat with wheels. It was a popular American design, known as the Consolidated PBY Catalina, that was later manufactured in Canada during war times.

The Canso being restored was built for the Royal Canadian Air Force in 1943. It was flying out of Nova Scotia, and a short time later was tasked to convoy patrols and submarine patrols in Iceland. Restoration Society vice-president Don Wieben said after the war the plane was converted to a freighter, which served on Artic runs. In the 1960s, the plane was put up as crown assets and purchased to conduct northern fly jobs.

The PBY 5A was sold off and eventually came into the hands of Buffalo Airways Joe McBryan – better known as “Buffalo” Joe on the reality television series Ice Pilots NWT, which airs on the History Channel.

For the complete story in the (St. Anthony) Northern Pen, click here.