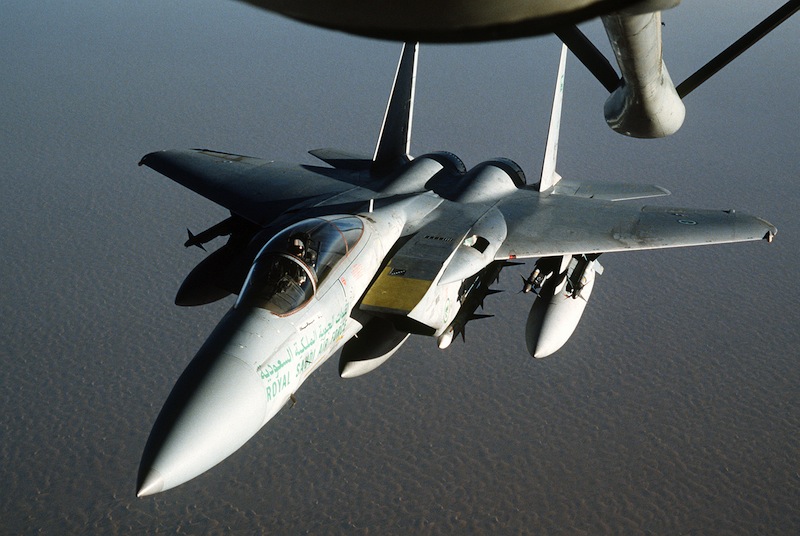 A Royal Saudi Air Force F-15 fighter with only the pilot on board crashed into the Persian Gulf while on a training mission in the kingdom’s Eastern Province, the defence ministry announced on Monday. The jet fell into “Saudi territorial waters and the search for the pilot is still ongoing,” the ministry said, adding that an investigation has been launched into the cause of the crash.

The accident took place on “a routine mission led by Lt. Pilot Fahad Bin Faleh Al-Masareer on Sunday evening” from King Abdul Aziz Air Base in the Eastern Province, it said, in a statement carried by official news agency SPA. A similar incident took place last May when another Saudi F-15 crashed in the same region and its pilot was killed. The RSAF is one of only a handful of foreign F-15 operators.

McDonnell Douglas built the aircraft until the company’s merger with Boeing in 1997; the latter still produces the Strike Eagle variant as well as several foreign models.

From Agence France Presse via the Khaleej (Dubai, U.A.E.) Times