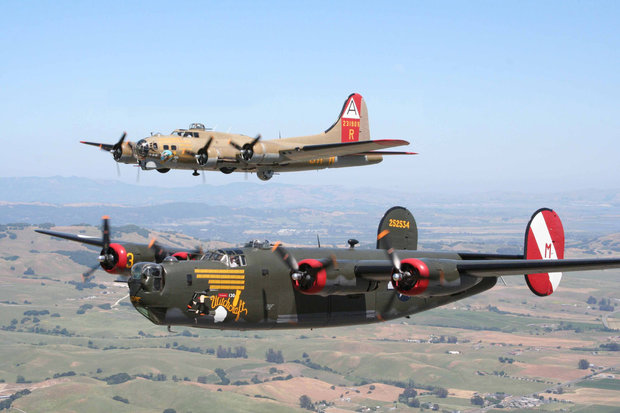 A trio of historic World War II airplanes, plus another that predates American combat in the war by more than a decade, will wing it to Florida’s Sarasota-Bradenton International Airport for a stopover next week and aviation buffs couldn’t be happier.

First up is a visit Monday through Wednesday by two heavy bombers from the Collings Foundation — a Boeing B-17 Flying Fortress and a Consolidated B-24 Liberator — plus a P-51 Mustang fighter,

The day after the Collings Foundation planes depart, the Experimental Aircraft Association is bringing a 1929 Ford Tri-Motor, which was the first true passenger plane, as well as a cargo plane. The plane is called a tri-motor because it has an air-cooled radial engine on the nose and one on each of its corrugated wings.

For the complete story by James A. Jones Jr. of Bradenton.com, click here.