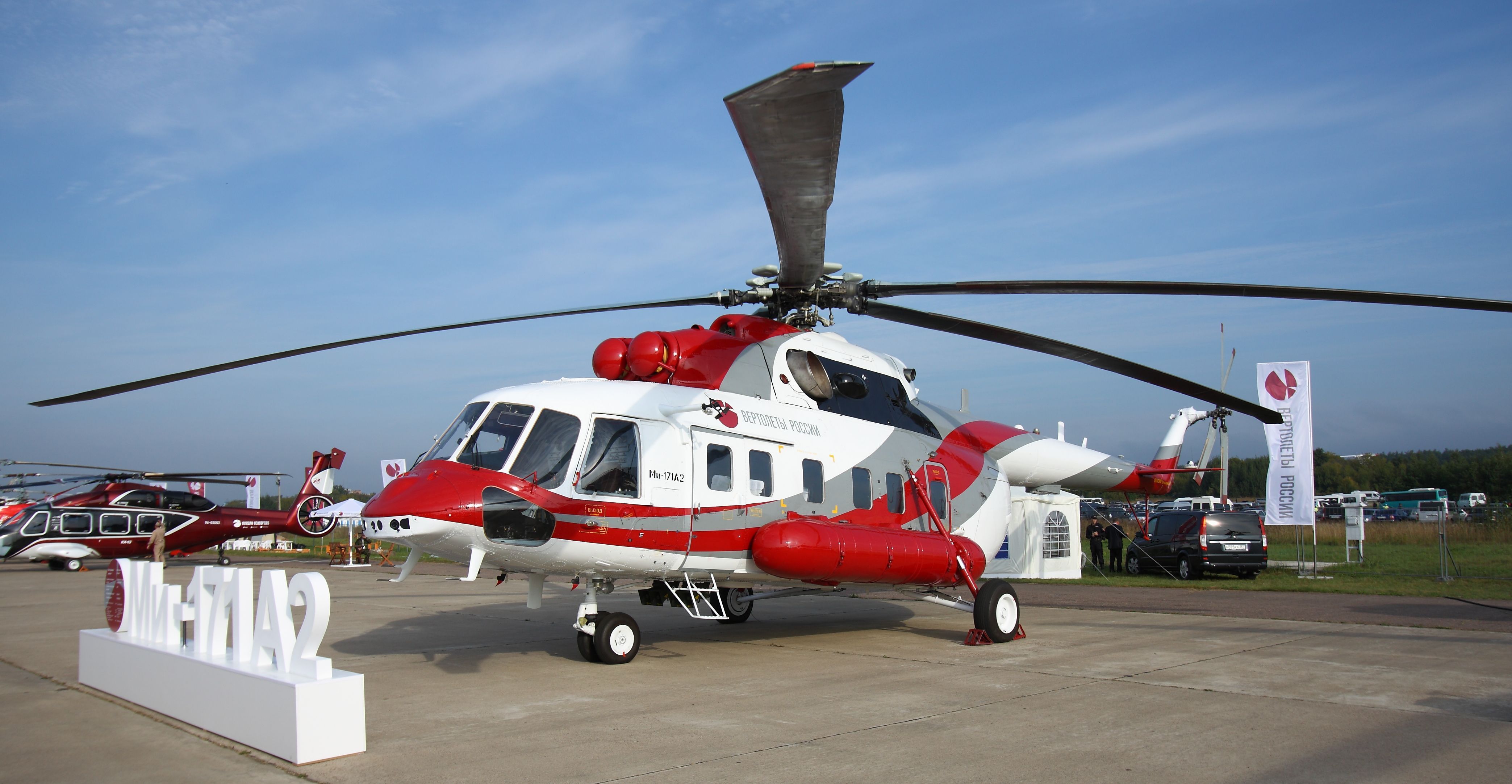 Russian Helicopters has completed first flight of the Mi-171A2, marking another major step in the commercialization of the country’s military-oriented rotorcraft industry.

The multi-role Mi-171A2 heavy lift helicopter, with upgraded engines, avionics and rotor system, was flown by Salivat Sadriev, a Russian Helicopters commander and test pilot first class. An online video posted by Russian Helicopters shows that the first flight began with a hover, then Sadriev commanded a clockwise turn around the helipad. The aircraft then lowered its nose, accelerated forward and gained altitude.

The Mi-171A2 is the Russian industry’s answer to the class of super midsize helicopters gaining popularity in the West, such as the AgustaWestland AW189, Airbus Helicopters EC-175 and the Bell Helicopter 525.

For the complete story by Stephen Trimble of Flightglobal.com, click here.