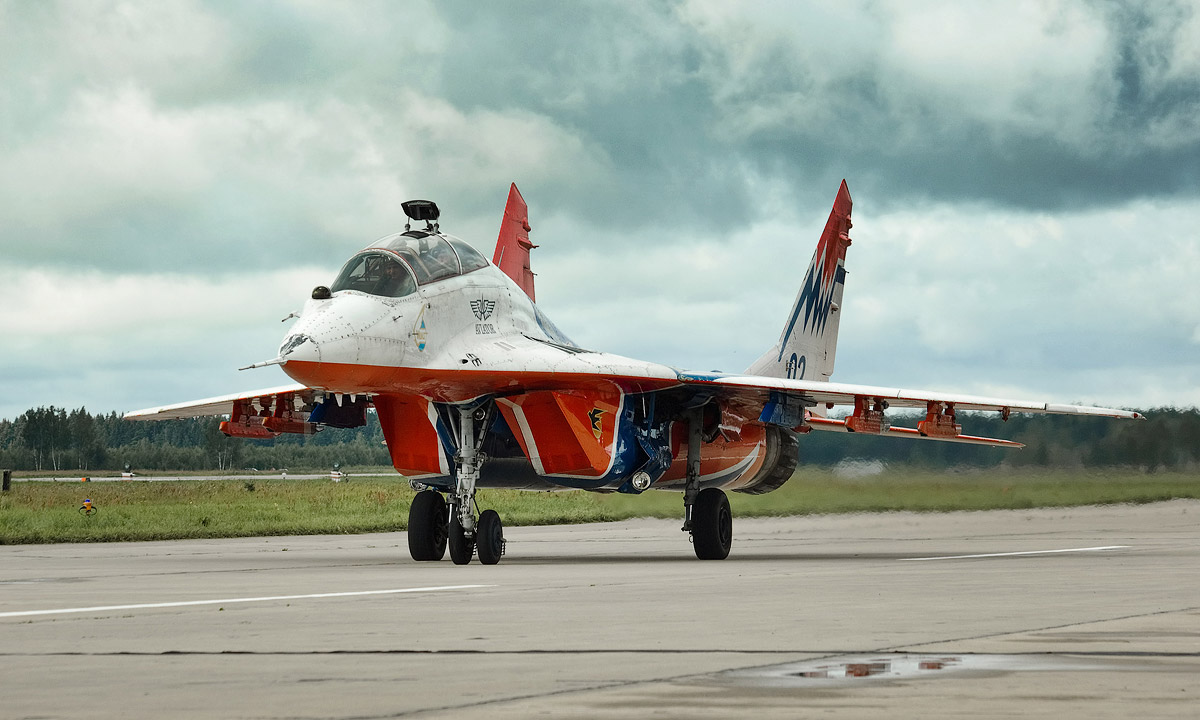 The commander of Russia’s famed Strizhi (Swifts) aerobatics team, Lt. Col. Valery Morozov, has been fired from the air force for taking bribes, a source at the Kubinka Air Show Center said on Thursday.

“Russian Defense Minister Anatoly Serdyukov signed an order discharging Morozov on October 12” for “failure to comply with his contract,” the source said. Morozov confirmed his discharge and said he will appeal it.

“Yes, indeed, I’ve been informed that a decree on my discharge was signed. I will appeal that decision together with my lawyers, I’ll go to court,” he said in an interview with RIA Novosti.

Morozov was accused of illegally selling team badges and logos. He is believed to have forced a Moscow region businessman to pay him 5,000 rubles (about $160) a month for the right to use the team logo on t-shirts and other items he sold. The Swifts fly Mikoyan MiG-29sUBs, a tw0-seat version of the venerable Fulcrum jet fighter.