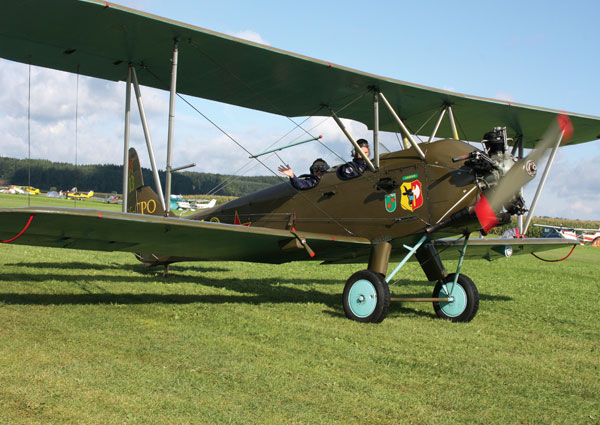 A huge production number characterized both of Russia’s well-known biplanes. More than 20,000 examples of the large, postwar Antonov An-2 have been built, but eclipsing this is massive production of an estimated 40,000+ examples of the Polikarpov PO-2.

The PO-2 is a smaller biplane than the An-2 and much older in concept, the prototype first flying in January 1928, although production of the type didn’t cease until 1956. Some describe the PO-2 as the most produced military aircraft ever, and others call it the “Russian Stearman.” Starting life as an elementary trainer, designated the U-2 (it only became the PO-2 after designer Polikarpov’s death in 1944), using a Shvetsov M-11 radial engine, its handling and stability qualities are good. In the expanding world of Russian aviation, an estimated 13,500 had already been built by mid-1941, and usage expanded to agricultural flying, air ambulance duties and as civilian transports with Aeroflot. They were used for everything aeronautical, including as a bomber against Hitler’s advancing forces and were a mainstay in what became known as the Great Patriotic War.

Only five remain airworthy worldwide despite the huge production numbers. Between 1948 and 1956, the PO-2 was returned to production in Poland as the CSS-13, built at WSK Ok’cie and WSK Mielec. The example featured was one of these licence-built examples from 1951, rescued and restored by Ake Andersson and a group of Swedish enthusiasts in 1991 registered SE-XPP. Still fitted with the antique-style 5-cylinder 125hp M-11D radial, it had a large 37-foot 4-inch (11.4m) wingspan but a derisory maximum speed of only 87mph; the normal cruise speed is only 80mph. In 2009 the aircraft was acquired by a group of Austrian enthusiasts based at Wiener Neustadt West south of Vienna, registered OE-CPO. Josef Lechner, Christian Schenkl, Othmar Handl, Hannes Hedvicak, Christian Kos and Hans Drobilitsch now care for this aircraft and in August flew it on one of its most monumental flights—the 400 nautical miles to the Tannheim Fly-In in southern Germany, accompanied by their trusty mother ship, a Piper Cub.