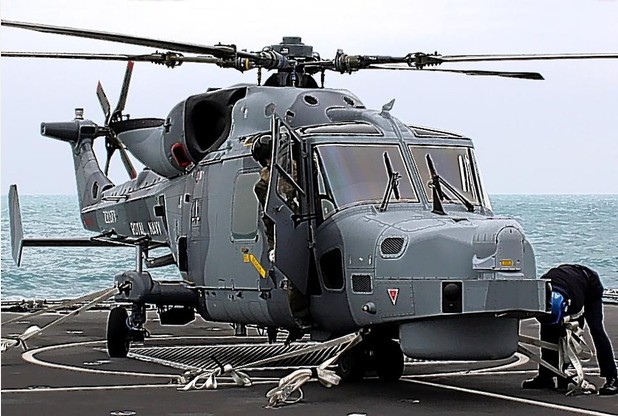 The newest helicopter in the Royal Navy’s arsenal came through its toughest test yet as it spent a fortnight taking part in Europe’s biggest naval war games.

The AgustaWestland AW159 Wildcat – which will provide the aerial eyes and punch of the Royal Navy’s frigates and destroyers for the next quarter of a century – joined HMS Dragon on Exercise Joint Warrior. It is the first time the helicopter – normally based at RNAS Yeovilton in Somerset with 700W Naval Air Squadron – has spent such a concerted time at sea, and the first time it has taken part in the exercise aboard a ship.

From next year, Wildcat will start to replace the Lynx as the mainstay of aerial operations by the Royal Navy’s Type 23 frigates and Type 45 destroyers, superseding a helicopter which in various variants has served the Fleet Air Arm with distinction for 40 years.

For the complete story by Marcus Denby of the Western Daily Press, click here.