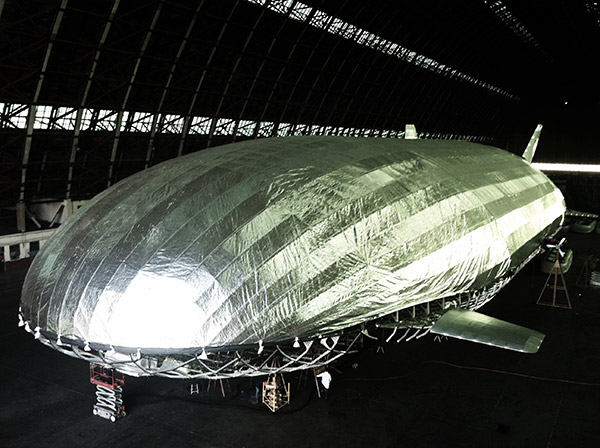 A $35 million lighter-than-air dirigible was damaged and leaked helium Monday after part of a hangar roof collapsed at a former military base, authorities said. The partial collapse was reported just after 7:45 a.m. at one of the World War II-era blimp hangars on the grounds of the former Marine Corps Air Station, said Capt. Steve Concialdi of the Orange County Fire Authority.

“There’s a giant hole in the roof,” he said, and a hazardous-material crew was called and the leak was stopped about 1 p.m.. The cause of the collapse was not known but debris was believed to have fallen on the experimental airship, which is more than 200 feet long.

The dirigible is a test model being developed by Worldwide Aeros. When fully developed, the airship will be capable of carrying 66 tons of cargo.