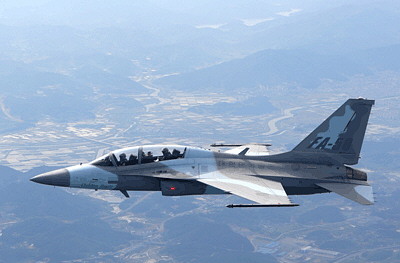 The FA-50 is a light combat aircraft that was developed based on KAI’s T-50 Golden Eagle, a supersonic advanced trainer, to replace the military’s retired fighters such as the Northrop F-5E/F and the Cessna A-37. The first FA-50 will be handed over to the Air Force on Tuesday, the administration said. Officials say the multirole FA-50, which completed its 47-month evaluation process between 2008 and October last year, is comparable to the General Dynamics KF-16 aircraft and is able to load up to 4.5 tons of weapons, including precision-guided bombs.

“The Air Force’s direct operation of the FA-50 will have a positive effect on its exports in the future,” said an administration official.