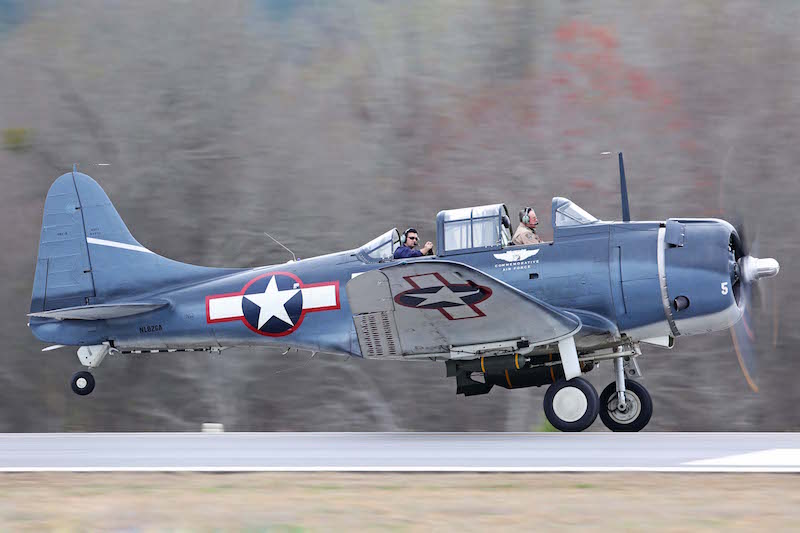 The meticulously restored World War II aircraft will offer rides for sale throughout the event, which is hosted by the Lee County Transportation Authority.

The Dauntless Dive bomber is the only U.S. combat aircraft to fight from the beginning of World War II until the end. This aircraft type sunk four Japanese carriers at the Battle of Midway, which helped turn the tide of the Pacific war after the disaster at Pearl Harbor. The SBD, considered the most destructive air weapon of the U.S. Navy, sank more than 300,000 tons of enemy ships in World War II.

For the complete story by General Aviation News, click here.