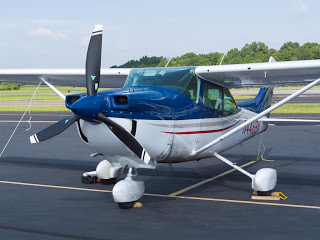 A Lincoln, R.I., teacher made history Saturday, flying the first ever biodiesel-fueled airplane in U.S. history. Ross McCurdy, a local teacher and pilot pioneered the flight to Kitty Hawk, North Carolina, the destination of the Wright Brothers historic flight back in 1903.

“I think this is the shape of the future,” he said.

McCurdy has taken it upon himself to make sure renewable projects like this one are the future, many of the people seeing him off Saturday were his students from Ponagansett High School. “It’s not your average high school class at all,” said former student Zane Lewis.

This class helped McCurdy with 20 lab tests needed in preparation for the flight, using biodiesel fuel made from cooking oil. “Here’s where some of the chemistry and science can apply in real world situations so it’s fun to do that,” McCurdy said.

This isn’t the first time McCurdy’s class participated in a project of this nature. In 2008, they took a truck all the way from Providence to California on biodiesel fuel.

“We get to do a lot of interesting projects like this, it’s not the first and it won’t be the last,” Lewis said. “I’m looking into I’m doing a senior project with solar panels, I’m going to put some up in my shed,” student Nate Decotis said.

For the complete story by Susie Steimie of WJAR-TV, click here.