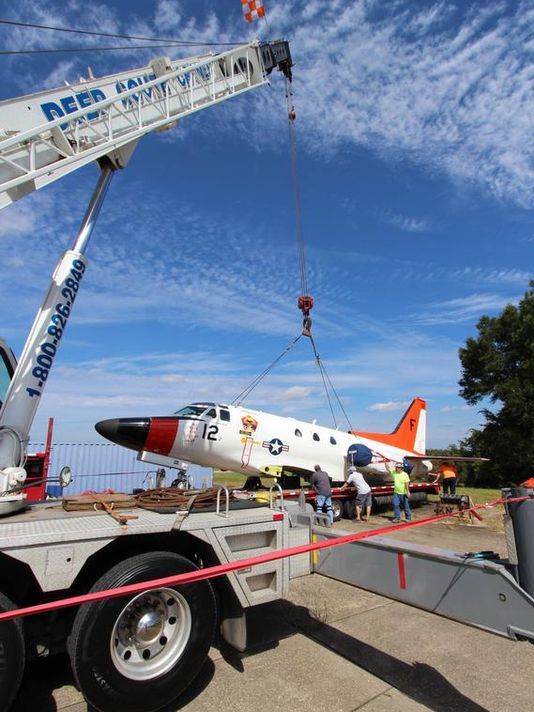 Thousands of retired sailors have had second careers as teachers. Now a piece of military hardware is going to get the same chance.

One of the U.S. Navy’s last two North American T-39 Sabreliner planes was loaded onto a truck Oct. 20 and carted off to be the centerpiece of a new civilian aviation maintenance vocational school, which is slated to open in the fall of 2015. The aircraft — which carries the Navy Bureau number 165520 — will begin its second career at the George Stone Technical Center, a two-year public college in Pensacola, Fla.

The center is creating a new aircraft maintenance curriculum for next year that is undergoing the certification process by the Federal Aviation Administration to be allowed to prepare students for the FAA’s Airframes and Power Plant licensing, which is required to work on commercial aircraft.

For the complete story by Mark D. Faram of the Navy Times, click here.