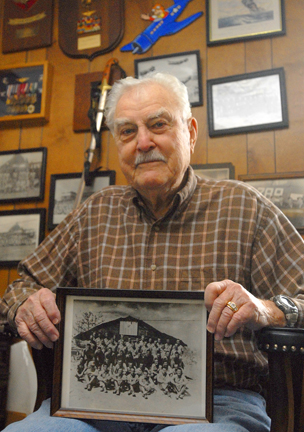 Gene Morrison remembers being a 19-year-old boy on a double date on Dec. 7, 1941, when he first heard news of the Japanese attack on Pearl Harbor that left nearly 2,500 people dead and a thousand more wounded.

By April the following year, he was enlisted in the service, beginning a 30-plus year career where he fought in three separate wars: World War II, Korea and Vietnam. He eventually retired as a colonel, after decades of experience and stories.

“I thought it was a pretty dastardly attack on the behalf of the Japanese to attack us without a declaration of war,” Mr. Morrison said in reference to the surprise assault on Pearl Harbor. “Now I wasn’t big on what was proper, but that’s like walking up to someone and slugging them without any warning whatsoever.”

For the complete story by Anna Harvey of the Carteret County (N.C.) News-Times, click here.