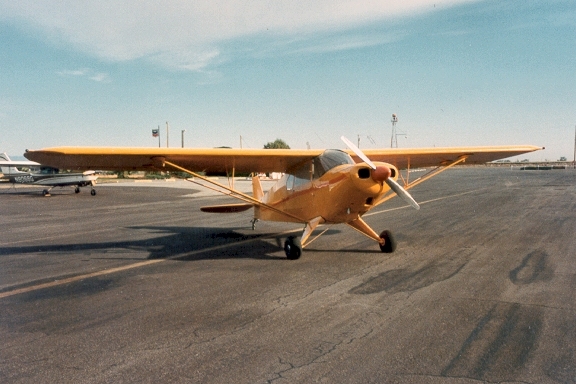 Don Horst of Newton, Kan., hopes to be not only among the clouds on his birthday today, but also to celebrate a rebirth as he does. Horst, who was once a professional charter pilot headquartered at the Newton City/County Airport, wants to take his rebuilt 1947 Piper PA-12 Super Cruiser on a maiden voyage Thursday.

“If the mail man brings my medical clearance, I will fly it,” Horst said. Horst just completed about 10 months of full-time, intense restoration work on the old aircraft — an airplane that not only had not been in the air for more than 50 years but spent those decades rotting away in a barn.

For the complete story by Chad Frey of The (Newton) Kansan, click here.