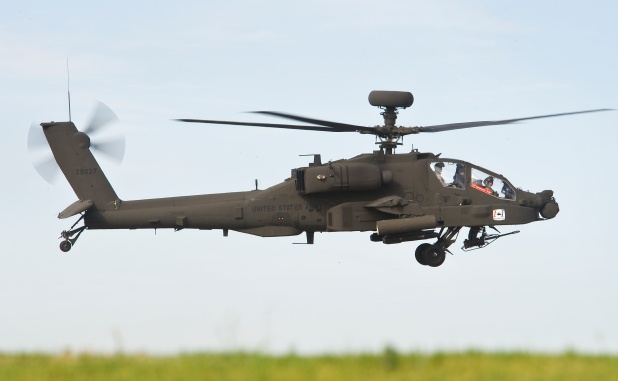 A new batch of Boeing AH-64E Apache attack helicopters bought from the U.S are scheduled to arrive in Taiwan later this month, the R.O.C. Army said yesterday.

The latest batch of six choppers is expected to arrive at Kaohsiung Harbor on March 17, an Army source told the Central News Agency yesterday. Army pilots will be flying the six helicopters to a base in Tainan city once the helicopters have been assembled and have completed initial tests at Kaohsiung Harbor, the source said.

Taiwan received its first batch of six Apache helicopters in November, followed by a second batch of another six in early January.