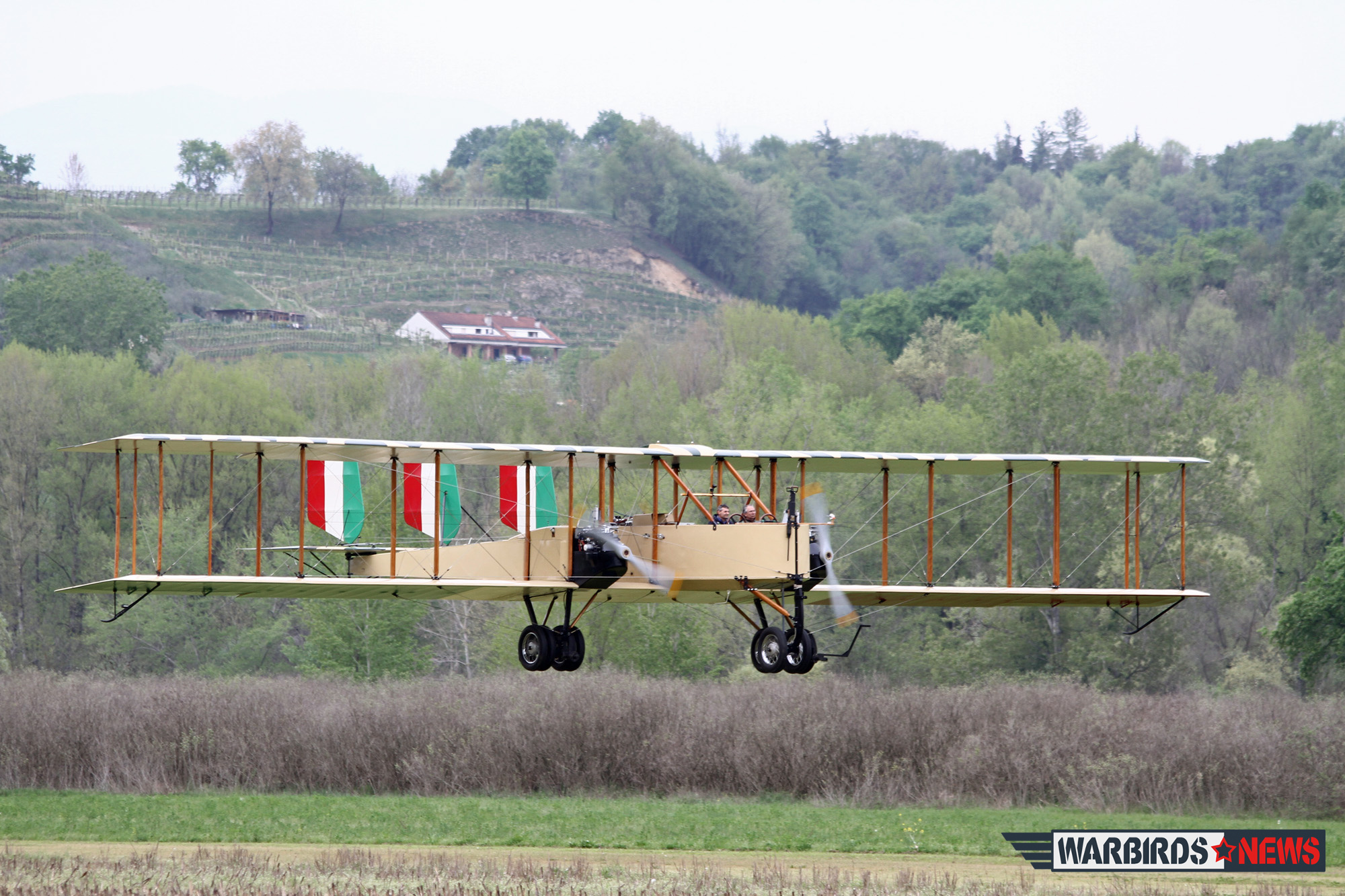 The Caproni Ca.3R has flown! Although technically speaking, it just made a short hop to test the response of the flight controls and engine behavior, this is a major milestone on the road to the real flight tests, which will surely take place soon.

As WarbirdsNews reported last year, Giancarlo Zanardo has been building the replica WWI-era, three engined bomber over the past seven years for the Jonathan Collection at Francesco Baracca airfield, just north of Venice, Italy. It is the largest aircraft he has built to date. While the their previous constructions of a replica airworthy Wright Flyer, Fokker Dr.I and Bleriot XI were notable achievements, Zanardo and the Jonathan Collection were little known outside Italy.