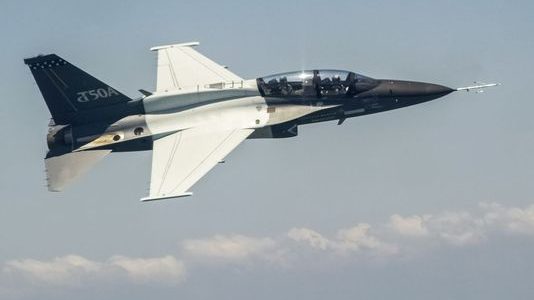 The U.S. Air Force has been flying fifth-generation advanced fighter jets for 11 years now, but believe it or not, it’s still training pilots for planes like the F-35 and F-22 with aircraft designed more than a half century ago.

Plans are in the works to build a new advanced fighter jet trainer, and this month, Lockheed Martin flew its candidate for the first time. It’s called the T-50A.

If Lockheed has its way, the T-50A will replace Northrop’s T-38 Talon, which first flew in 1959 — when Dwight Eisenhower was President and “Twilight Zone” was a top TV show.

The premise is this: If you’re going to put a pilot in a $100 million jet with high-performance flight characteristics and super sophisticated targeting displays and data links, why not train the pilot in something similar?