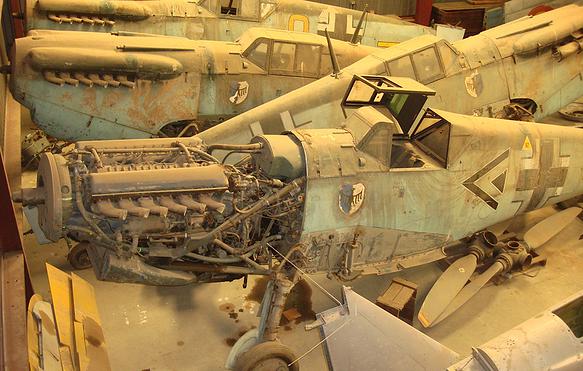 Six fighter planes that were part of a collection of warbirds sold to a dealer in August will be restored and sold by Boschung Global Ltd. of Switzerland, the company said Thursday.

The fighters, a version of German Messerschmitts, operated in World War II and were last flown for the making of the 1969 film “Battle of Britain.” When the film was completed, stunt pilot Wilson “Connie” Edwards received the fighters and other warbirds used in the movie in lieu of payment. Since then, the aircraft sat in a hangar in Texas for more than 40 years until Wilson put them on the market.

The six airplanes, which Boschung referred to as Messerschmitt 109 models, were part of nine in the collection that are known as Buchons, a Spanish-built version of the German aircraft.

For the complete story by Elaine Kauh of AVweb, click here.