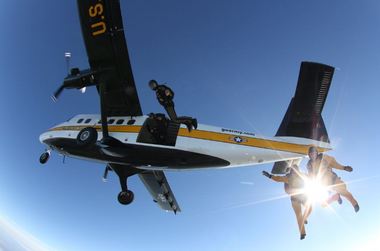 The Army’s elite parachuting team accepted the first of three new aircraft from the project office about two weeks ago. The new aircraft, officially known as UV-18C, is a Twin Otter Series 400 made by Viking Air of British Columbia, Canada, and is an updated version of the de Havilland UV-18A. It was modified by Ikhana Aircraft Services in Murietta, Calif. to support paratroop jumping.

For the complete story by Leada Gore of AL.com, click here.