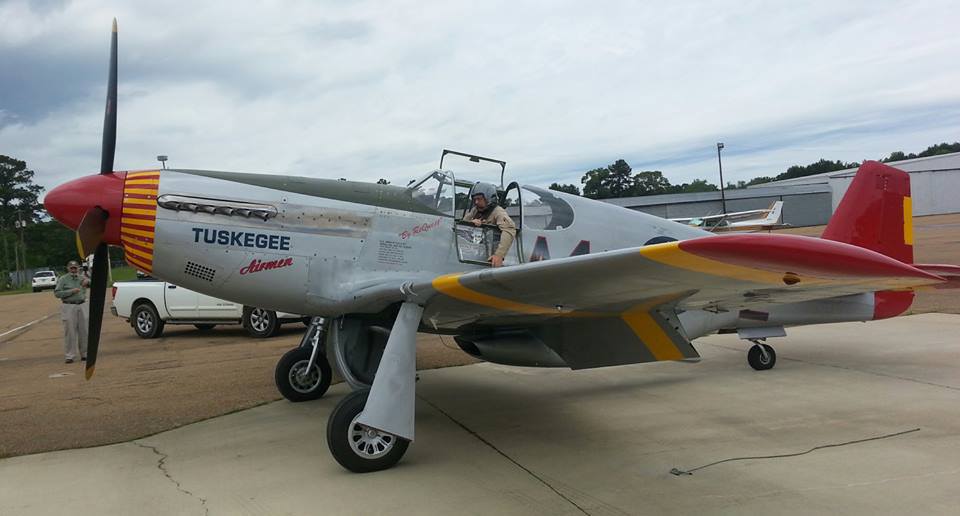 A North American P-51C Mustang made several low passes over the York (Pa.) Airport airfield, its engine making a sound that sent shivers down the necks of enthusiasts.

“It’s just thrilling to see them and hear them,” said Sharon Baum of Jefferson, who attended York Aviation Days in Jackson Township on Sunday with her husband, Tom Baum, Sr. As the engine’s roar faded into the distance, a man in the crowd was heard saying, “I got goosebumps.”

So it wasn’t surprising when pilot Bill Shepard navigated his Mustang back to its parking spot, climbed out of the cockpit and slid down the wing, he found himself surrounded by an applauding circle of admirers.

Shepard, of Woodstock, Ont., said the enthusiasm for aviation shown by the people of York County over the weekend exceeded some of the larger air shows he attends each summer. His airplane was painted with the markings of the Tuskegee Airmen, the famous African-American World War II fighter pilots chronicled in the short film, “Red Tail” shown Sunday in a trailer at the air show.

For the complete story by David Blymire of the York Daily Record, click here.