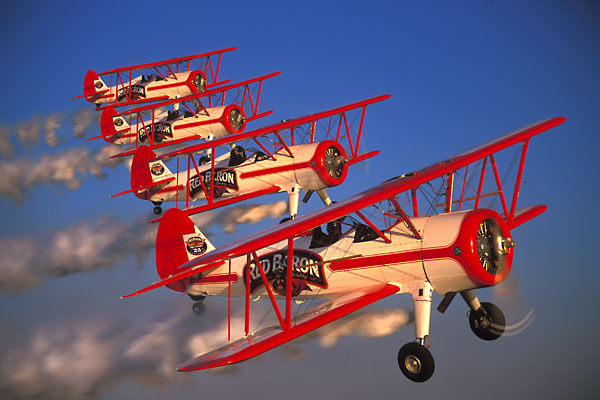 The Red Baron is back in the skies.

Brothers Paul and Jarrod Lindemann have restored a 1941 Stearman biplane that was part of the Red Baron Squadron, an aerobatic team that barnstormed air shows across the U.S. from 1979 to 2007. The plane started as a U.S. Army Air Corps trainer in World War II, then got a second life as a crop-duster.

In its third life, the biplane twisted, turned and pleased fans of flight as it hawked Red Baron pizzas for the Schwan Food Co. of Marshall, Minn.

For the complete story by Helmut Schmit of The Dickinson (N.D.) Press, click here.