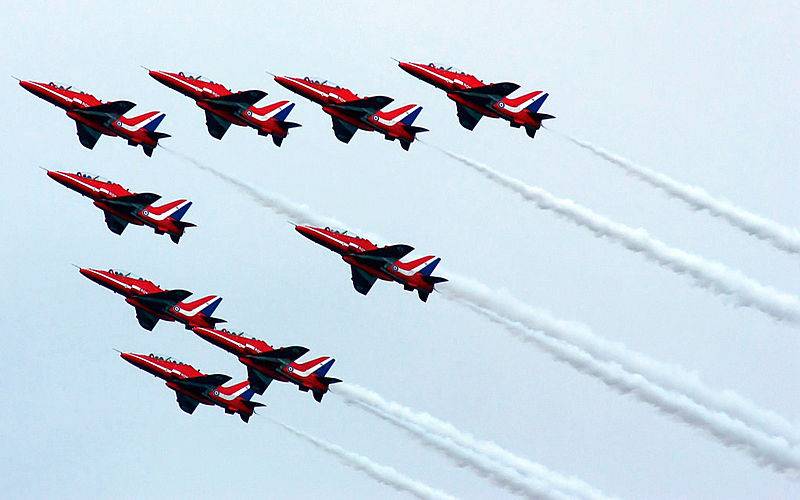 This weekend’s Duxford Air Show in England, which will feature an amazing array of aerial displays, from legendary historic aircraft to dynamic aerobatics beginning tomorrow, will conclude Sunday in splendid style with the inimitable Royal Air Force Red Arrows.

There will also be spectacular flying by the Patrouille de France, the French Air Force demonstration team, on both days. In addition, the Boeing 747-8F — the largest freighter aircraft on the British register — will perform two flypasts tomorrow.

It wouldn’t be the Duxford Air Show without plenty of Supermarine Spitfires and seven of the World War II fighters are slated to take to the skies together with a Hispano HA-1112 Buchon, a license-built Messerschmitt Bf 109.

Imperial War Museum Duxford, located near  Duxford in Cambridgeshire, will be open from 8 a.m. to 6 p.m. The flying display will start at 2 p.m. and finish around 5.30 p.m., leaving plenty of time in the morning to explore the whole of the museum, take part in activities across the site and soak up the atmosphere provided by trade stands.