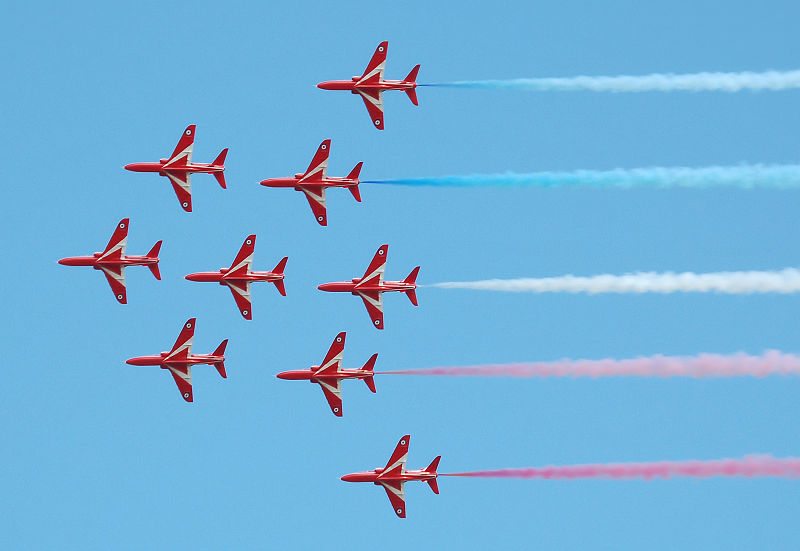 It’s officially a first for the Bournemouth Air Festival in South West England, but the Royal Air Force Aerobatic Team, the Red Arrows, have confirmed today they will be displaying at on all four days of the much-anticipated summer event.

Jon Weaver, Air Festival director said; “We’ve only found out today and can’t believe we have been allocated the Red Arrows for all 4days of the Air Festival, its incredible news. For us as a Festival, the organizers, teams of people behind the event and the hundreds of thousands of people who attend, it really shows how far we have come to have such superb RAF support. We have great plans to develop this year’s festival and with news like this – it can only get better!”

It’s a momentous year for the Reds as they celebrate their 50th display season and with this a recently unveiled new tailfin design. The makeover is the most significant change to the look of the Team’s famous aircraft in its history. In the shape of a Union flag, the striking new tail design reflects the Best of British and emphasises the Red Arrows’ role as ambassadors for the United Kingdom and as the public face of the Royal Air Force.

Timings are yet to be confirmed, more information will be released at the Air Festival launch event at the end of March.