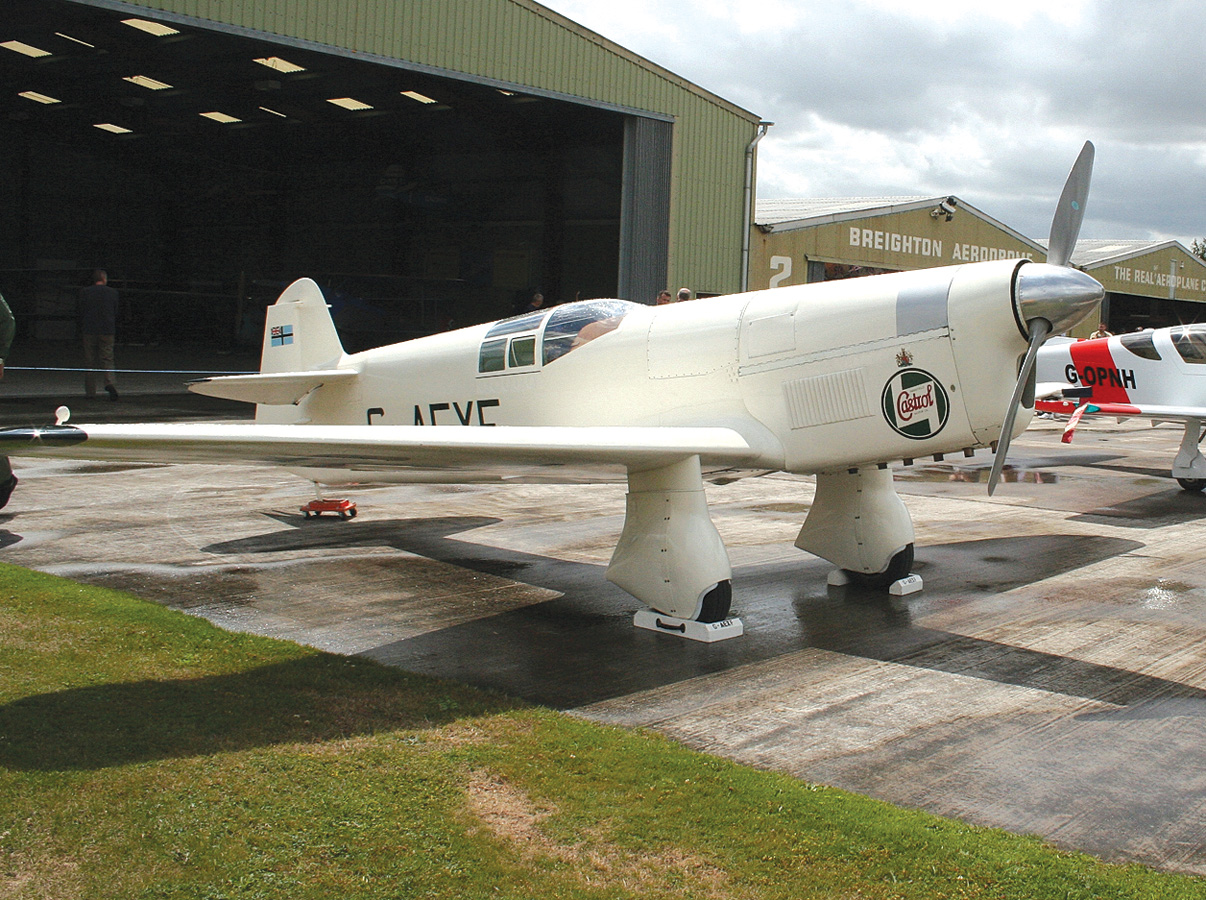 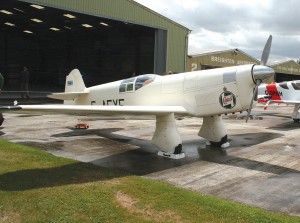 THE GHOST OF WW II RAF Halifax bombers may echo around the hangars at Breighton in east Yorkshire, UK, but today, the noises on this revitalized WW II aerodrome are more likely to be of a Kinner R-540, de Havilland Gipsy Major or Gipsy Six, Pobjoy R or Hirth 504. This is now home of the Real Aeroplane Company (RAC) and the largest collection of active vintage and classic aircraft in the north of england.

One of these classics is unique, sole survivor of six examples built between 1934 and 1937 by the Percival Aircraft Co. Ltd at Gravesend Airport, Kent, just to the east of London, the Percival Mew Gull, registration G-AeXF. Founded by Tony “Taff” Smith in the 1980s, the RAC fostered interest in flying and maintaining classic aircraft, and Breighton its base attracted other aircraft owners with older and “interesting” aircraft. “Taff” collected an eclectic mix of British, european and u.S. designs, one of the last to land at Breighton before he sold the RAC to Robert Fleming was the Mew Gull.

“Taff” is still very much involved at Breighton and has ensured that the unique Mew Gull has the TLC it deserves. In February 1939, Alex Henshaw flew it from London (Gravesend) to Cape Town (South Africa) and back in four days, 10 hours 16 minutes. This record miracu- lously stood for over 70 years until 2010, a measure of Henshaw’s piloting skills and of the superiority of the aircraft’s de- sign. With a 200-horsepower Gipsy Six, the single-seater with a 1,150-pound empty weight it cruised at around 200mph. In October 2010, “Taff” attempted to beat the 1939 record in his 180-horse- power Lycoming-powered Glasair Super II—he broke the record from London to Abuja (nigeria) but worsening electrical problems caused him to abandon the attempt at Windhoek, namibia. Both the Mew Gull and Glasair are now RAC hangar mates at Breighton (see thecaperun.co.uk/). Ironically, Henshaw’s record was broken in September 2010 by uK pilot Steve noujaim flying a Vans RV-7 and in 2009 South African Charles Stobbart had flown from Cape Town to London and back in a staggering 3 days, 15 hours, 17 minutes in his homebuilt Osprey GP.4. (see realaero.com for more information on the RAC) — Geoff Jones