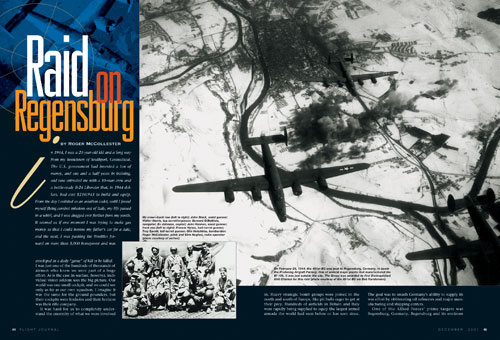 Roger McCollester was a 21-year-old kid when he strapped on a B-24 and headed for a German town named Regensburg. And another nightmare mission was underway. Told as only a pilot in the middle of the bomber stream could tell it, readers will quickly understand why bomber pilots had a different kind of war than fighter pilots: they were the hunted, not the hunter. Essentially, they were targets and nothing counted more than luck.