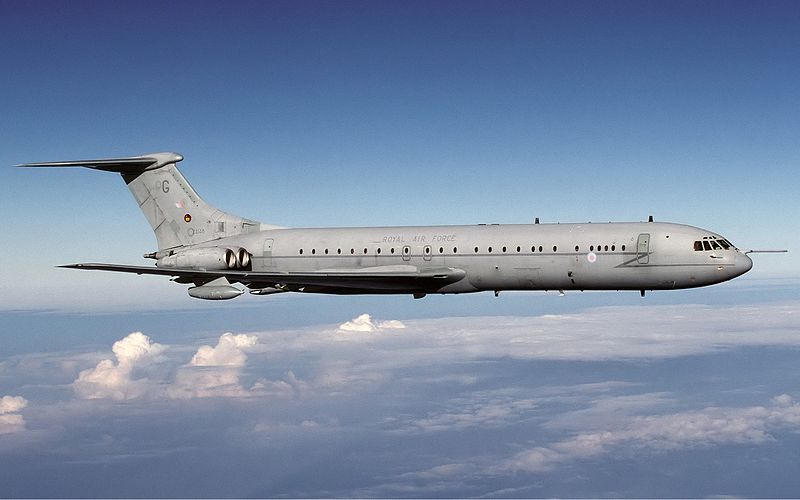 The last operational Vickers VC10s, 1960s-era British airliners converted to aerial refueling tankers, will perform the type’s final flights for the Royal Air Force today before being retired from use.

A final pair of Rolls-Royce Conway-engined VC10 tankers are due to conduct the sortie from RAF Brize Norton in Oxfordshire, bringing to an end a 47-year service life. Flown by personnel from 101 Squadron, the aircraft should perform a last air-to-air refueling mission before conducting a series of separate flypasts at air force bases and other sites around the U.K. Their formal retirement will be completed by the end of September.

Aircraft ZA147 and ZA150 are the last remaining examples of the VC10 to be flown, with the RAF having progressively reduced its fleet of the tanker/transport over the last several years. The KC3-model pair entered service in 1966 and 1970, respectively, says Flightglobal’s MiliCAS database.