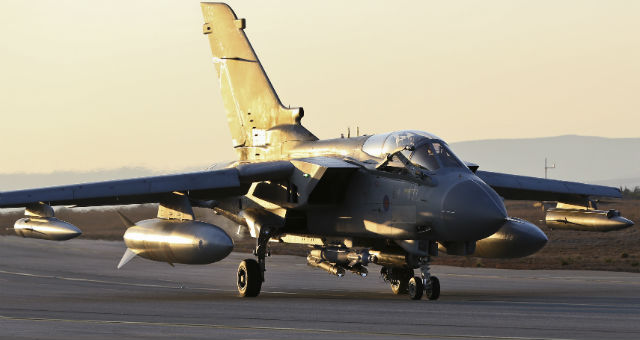 Royal Air Force jets have carried out their first strikes on Islamic State targets in Iraq, attacking a “heavy weapon position” and an armed pick-up truck. The Ministry of Defence said the attacks were in support of Kurdish units in the north-west of the country.

The strikes – by two Panavia Tornado GR4s – came four days after Parliament approved military action, and were said to be “successful”.

About 40 nations are targeting IS, which controls parts of Iraq and Syria. Information from Kurdish sources suggests the RAF strikes had helped the Kurds retake an “important border crossing” at Rabia near Syria, said the BBC’s Clive Myrie in Irbil, northern Iraq.