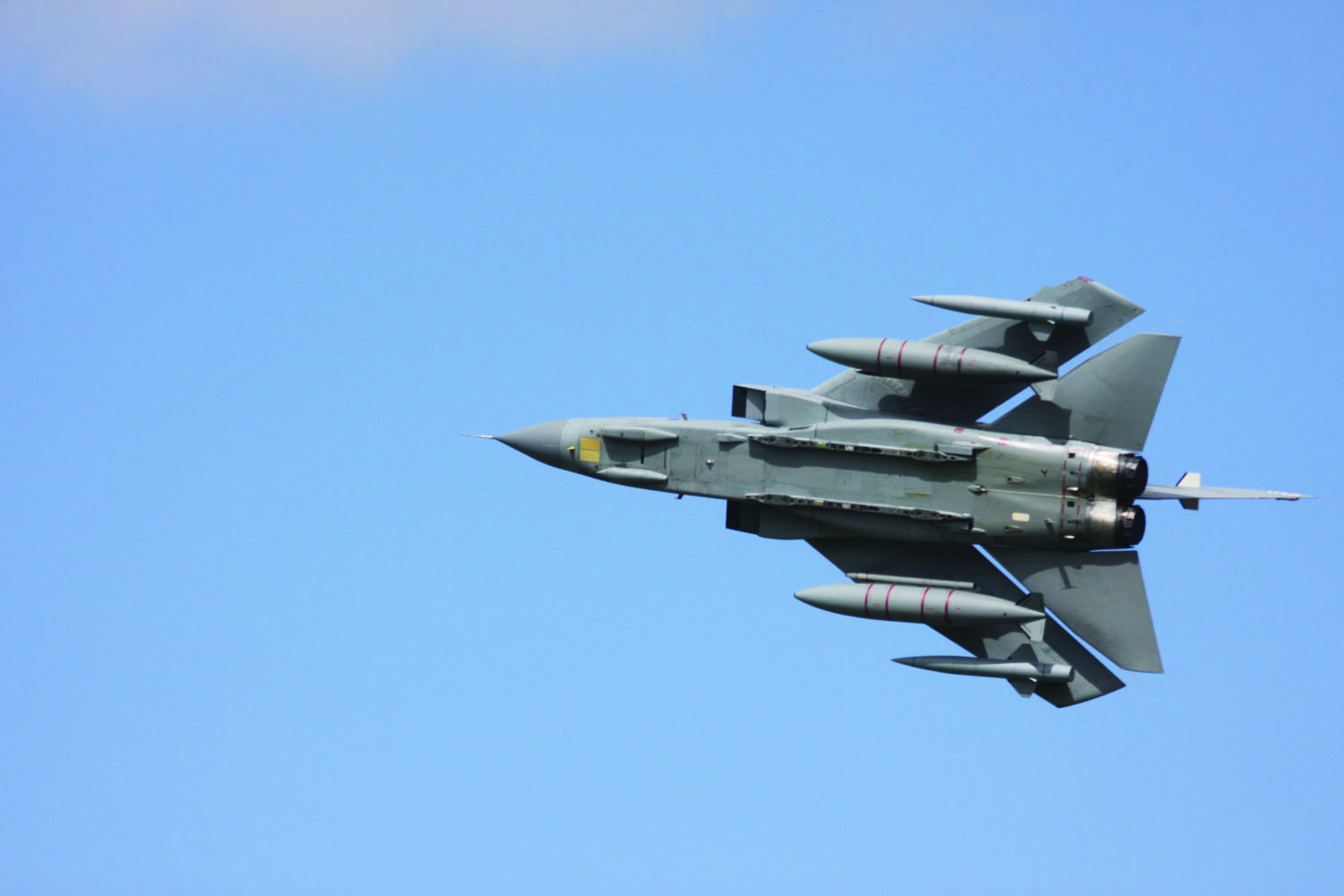 After bearing the brunt of NATO’s insurgency air power in toppling General Gadaffi and bringing freedom to the Libyan people, the UK’s Ministry of Defence (MOD) has announced that the Royal Air Force’s multi-role strike Panavia Tornado aircraft are to be retired from front-line service. In a further twist, the announcement also coincided with the arrival on British soil of the first Lockheed Martin F-35B Joint Strike Fighter for the RAF.

RAF Marham in Norfolk, England, and RAF Lossimouth in Scotland have been home to the RAF’s active Tornado GR4 squadrons, currently thought to total 124 aircraft. RAF Marham is where the RAF’s first F-35B touched down on July 18, 2012. Whether the F-35Bs, named Lightning II by the RAF, will actually be based here is yet to be decided. The UK was the first partner nation to join the F-35 program and took the first international delivery of four aircraft that are to be extensively evaluated, and ready for land-based operations by 2018. It is also the first time a “stealth aircraft’”has been exported by the U.S.

Meanwhile, the MOD’s announcement about the Tornado indicates that all of these types will be retired “by the end of the decade,” confirmed by BAe Systems—the aircraft’s UK manufacturer—in its annual report as March 2019. BAe is currently carrying out a ‘Sustainment Programme’ for 73 Tornado aircraft and they re-delivered 12 of these to the RAF during 2012. However, July 2012 also saw four Tornado F3’s retired from active military service, the first of the type’s demise. These aircraft had been operated from MOD Boscombe Down, England by 41 (R) Sqdn.’s “Experimental Flight”—upon their retirement, they were flown to RAF Leeming via BAe’s Warton facility (where they were built), and RAF Coningsby and Leuchars where the type had previously been based. A total of 770 Tornado IDS and 220 Tornado ADV’s were built.

The Tornado is a swing-wing international aircraft designed, developed and built by BAe in the UK, DASA in Germany and Alenia in Italy, the grouping known as Panavia—the prototype first flew on August 14, 1974, and the ADV (a long-range interceptor that only the RAF required) version entered service in 1986. In the RAF’s case it was designed to replace English Electric Lightning F6s and Phantom FGR2’s. As well as flying alongside coalition forces recently in Libyan action in early 2012, the Tornado also distinguished itself during the first Gulf War.