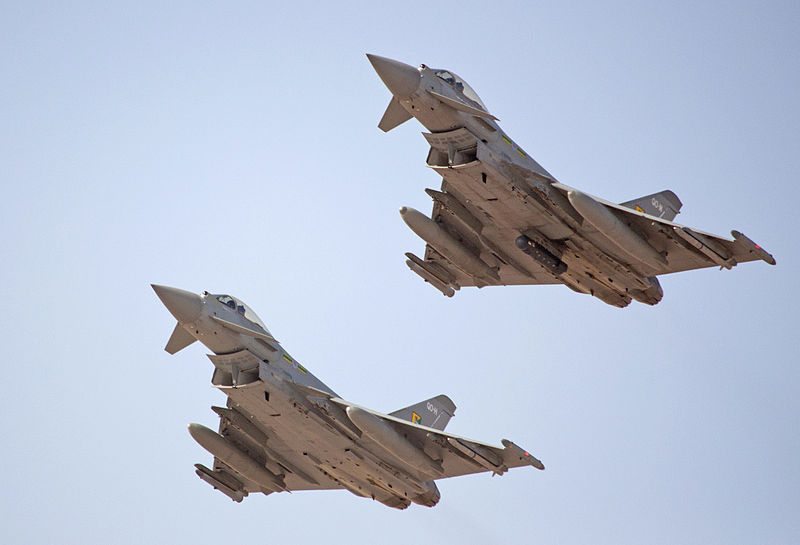 RAF Leuchars’ Number 6 Squadron has marked its 100th anniversary with a parade and a special flypast featuring Typhoon and Hurricane aircraft.

Celebrating a century of noble history, the squadron, reviewed by Chief of the Air Staff, Air Chief Marshal Sir Andrew Pulford, paraded its Standard in front of serving and former squadron personnel. Formed as part of the Royal Flying Corps in 1914, 6 Squadron’s distinguished career took flight above the Western Front on reconnaissance flights in RAF BE2s on behalf of troops on the ground.

Officer Commanding Number 6 Squadron, Wing Commander Mike Baulkwill said: “This is an impressive and exciting milestone for both the squadron and the Royal Air Force.”

For the complete story by Michael Alexander of The (Scotland) Courier, click here.