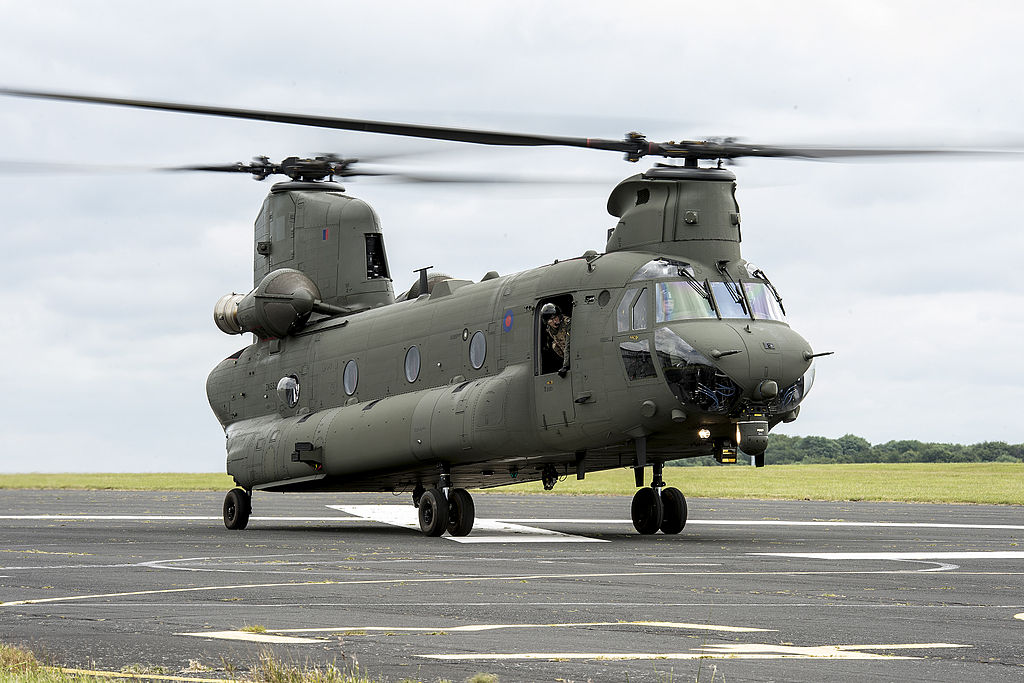 Boeing has delivered the last of 14 new-build CH-47 Chinook HC6 helicopters to the UK’s Royal Air Force, taking the service’s total inventory of the heavy-lift type to 60.

Based at RAF Odiham in the south of England, the UK’s Chinook force also includes the HC3 and HC4 variants, with the former in the process of being raised to the HC5 standard via the Project Julius upgrade program. This adds a common digital cockpit to the existing fleet – the 38 examples of the HC4 having already been converted from the HC2 – identical to those on the newly-delivered helicopters.

In addition, the 46-strong fleet of older variants is gaining a separate modification that adds a Digital Automatic Flight Control System, identical to that on the HC6.

For the complete story by Dominic Perry of Flightglobal, click here.

Photo by UK Ministry of Defense