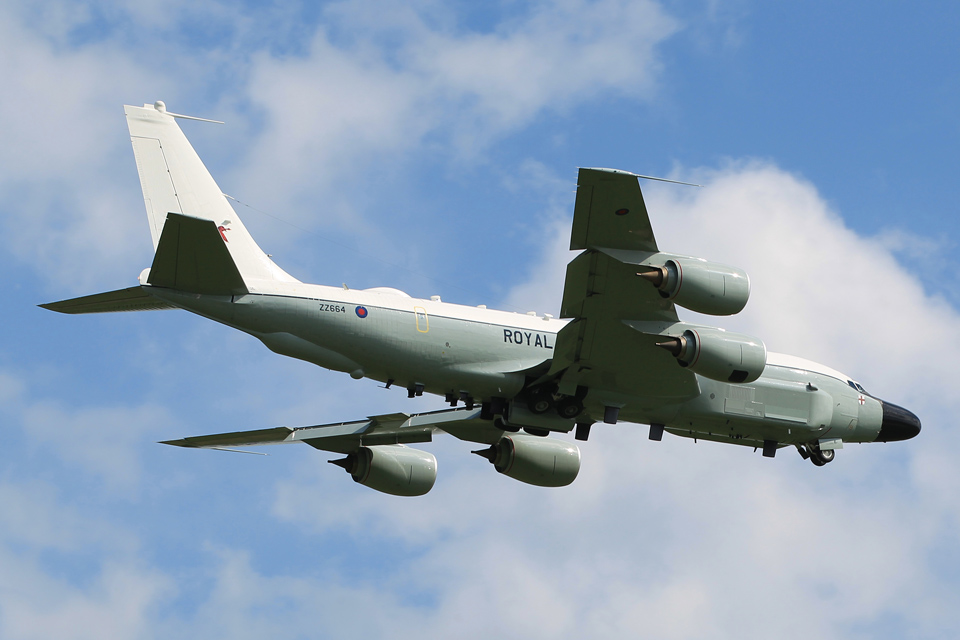 A Rivet Joint surveillance aircraft has been flown in UK airspace by an Royal Air Force aircrew for the first time.

Pictures released by MOD show a UK Boeing Rivet Joint RC-135W signals intelligence aircraft taking off from RAF Waddington in Lincolnshire. The aircraft is one of three that MOD is buying from the U.S. which, as part of the Airseeker program, will provide the UK with a world class real-time signals intelligence and surveillance capability for forces in the air and on the ground.

The aircraft not only gathers data and vital intelligence using advanced sensor technology, but it is also able to carry out onboard analysis and distribute the information to be exploited by assets on the ground via its high-tech communications suite.