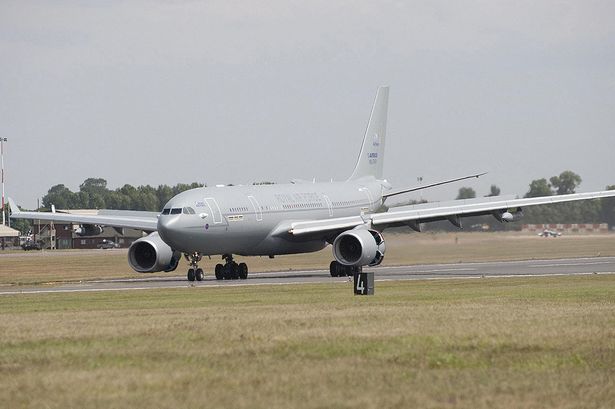 An Airbus A330 plummeted thousands of feet during a flight to Afghanistan while carrying 190 people. The Royal Air Force today said it would pause flights of military-registered Voyager planes following the incident on Sunday.

The aircraft was on its way to Afghanistan but was forced to divert to an airfield in Turkey after some of the 180 passengers and 10 crew were left with minor injuries. A Ministry of Defence spokesman confirmed that it had been decided to “temporarily pause” flying of the military-registered Voyager while a full investigation is completed.

The Voyager, which was provided to the RAF under a £10.5 billion private finance initiative with the AirTanker consortium, has a dual role as an air-to-air tanker and transport aircraft, replacing the long-serving Vickers VC10 and Lockheed TriStar planes.

For the complete story by Richard Hartley-Parkinson of The Daily (London) Mirror, click here.