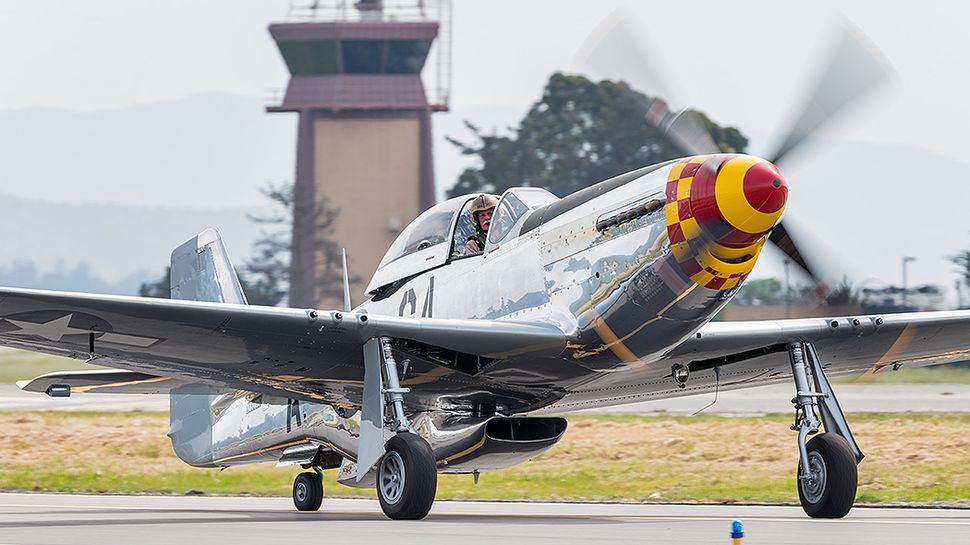 Coming out of a four-year restoration at Airmotive Specialties, North American P-51D Mustang S/N 44-73704 took to the skies on Tuesday in Salinas, Calif. Under the controls of Elliott Cross, the P-51 darted skyward at about [11:45] for a 15-min. flight.

The Mustang has quite the storied past. Delivered to the U.S. Army Air Forces shortly after the conclusion of WWII, the airframe ended up in surplus and was purchased in 1963 and assigned the registration N6168C. The P-51 suffered an engine failure on it’s way to Pensacola, Fla., resulting in a forced landing with wheels up, off airport in Sarasota, Fla., on Aug. 10, 1968.

In 1970, famed air racer, Marvin “Lefty” Gardner purchased and repaired the aircraft and like his P-38, dressed the Mustang in Thunderbird red, white and blue colors as Race 25.

For the complete story by Tyson Rininger of All Things Aero, click here.