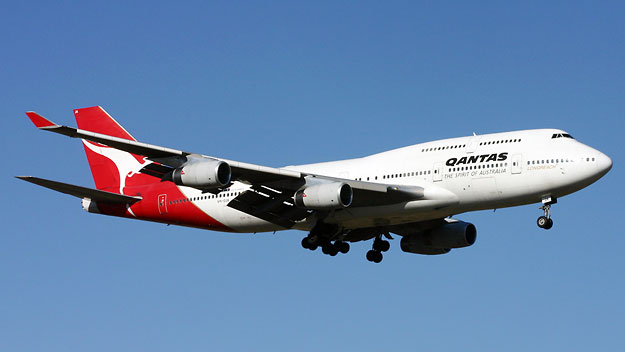 In a fitting retirement for its oldest Boeing 747-400 aircraft, if all goes to plan Qantas flight QF7474 is due to land at 7:47 a.m. on Sunday at the Illawarra Regional Airport near Wollongong, New South Wales.

Four highly experienced Qantas pilots have already spent more than 25 hours in a flight simulator preparing for the tight landing, with Capt. Greg Matthews – the pilot in command on the day – having also scoped out the final approach path in a far smaller Piper Cherokee.

The 747-400 can normally fly for up to 16 hours – and in fact, this very aircraft once set a record for the world’s longest commercial flight for the longest ever commercial flight, non-stop from London to Sydney in 20 hours, 9 minutes and 5 seconds in August 1989. Its last flight was from Johannesburg to Sydney on January 14, after which the final crew signed their names on an internal wall.

For the complete story by Jaime Freed of Traveller, click here.

Photo by Phil Vabre via AirwaysMuseum.com