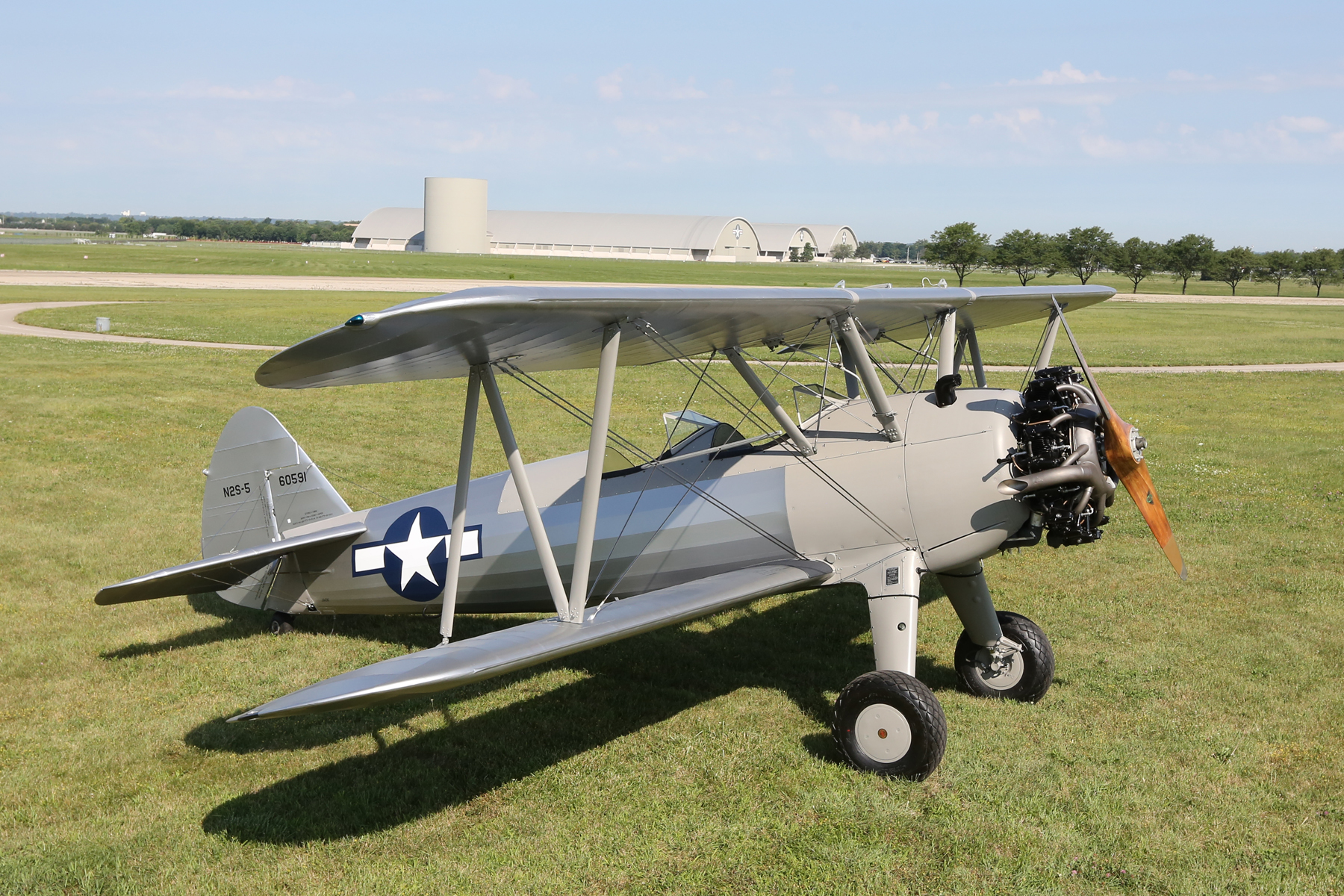 By Sarah Swan, National Museum of the U.S. Air Force

A highly-accurate, pristine example of one of the most used trainers during World War II is now on display at the National Museum of the U.S. Air Force in Ohio.

The Stearman PT-13D Kaydet was a standard primary trainer flown by the U.S. and several allied nations during the late 1930s through World War II. It represents a family of trainers that also included the PT-17, PT-18 and PT-27, which all used a common airframe and were differentiated only by engine and minor fuselage modifications. All were referred to as Stearman Kaydets.

“When you think about primary training during World War II in the United States, you think of the Stearman,” said Museum Curator Jeff Duford, who provided curatorial research during the aircraft’s restoration. “The majority of pilots during the Second World War learned how to fly in a Kaydet.”

Following the war, the U.S. Army Air Forces phased out the Kaydets in favor of more modern trainers.

This PT-13D (serial number 42-17800) was the 63rd from the last one built and was donated to the museum by the Boeing Airplane Co. in 1959. It was on display in the World War II Gallery until it was removed in 2013 to undergo a complete restoration.

Following a 15-month restoration, the aircraft is now marked as it appeared when it left the Boeing assembly line in January 1945. Museum restoration specialists removed the old fabric and cleaned the wooden frames and structure. The wood wing ribs were re-varnished to prepare them for the new fabric. Aircraft grade cotton obtained from Europe was used to cover the airframe. Cellulose acetate nitrate and cellulose acetate butyrate dope was then applied to the fabric.

“During every phase of the restoration, we tried to follow original techniques and materials as much as possible,” said Restoration Specialist Casey Simmons. “It was so unique working on a fabric-covered aircraft, building the layers of finish until it was smooth and we could start putting color on. It was a very rewarding process.”

The PT-13 is on display in the World War II Gallery, where it will be part of an expanded Tuskegee Airmen exhibit scheduled to open in February 2015. The aircraft will be used to represent flight training during the war.

Photo by National Museum of the U.S. Air Force