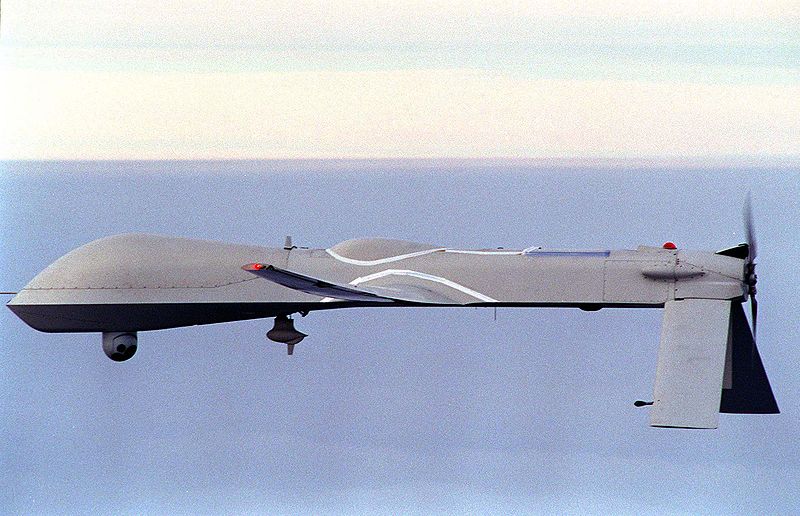 As crews advanced against a giant wildfire around Yosemite National Park, fire commanders said they would maintain use of a General Atomics MQ-1 Predator drone to give them early views of any new flare-ups across in the remote and rugged landscape.

The Rim Fire expanded to 301 square miles, but crews had a productive day Wednesday and containment increased to 30 percent. Cooler temperatures and lighter winds aided the firefighters. Increasingly confident fire officials said they expect to fully surround the blaze in three weeks, although it will burn for much longer than that. ‘‘We continue to get line around this fire,’’ California fire spokesman Daniel Berlant said. ‘‘It’s not nearly as active as it was last week.’’

The California National Guard drone deployed Wednesday was being remotely piloted hundreds of miles away, allowing ground commanders to keep an eye out for new fires they otherwise wouldn’t have immediately seen. ‘‘The drone is providing data directly back to the incident commander, allowing him to make quick decisions about which resources to deploy and where,’’ Berlant said.

For the complete story by Brian Skoloff and Tracie Cone of The Associated Press, click here.