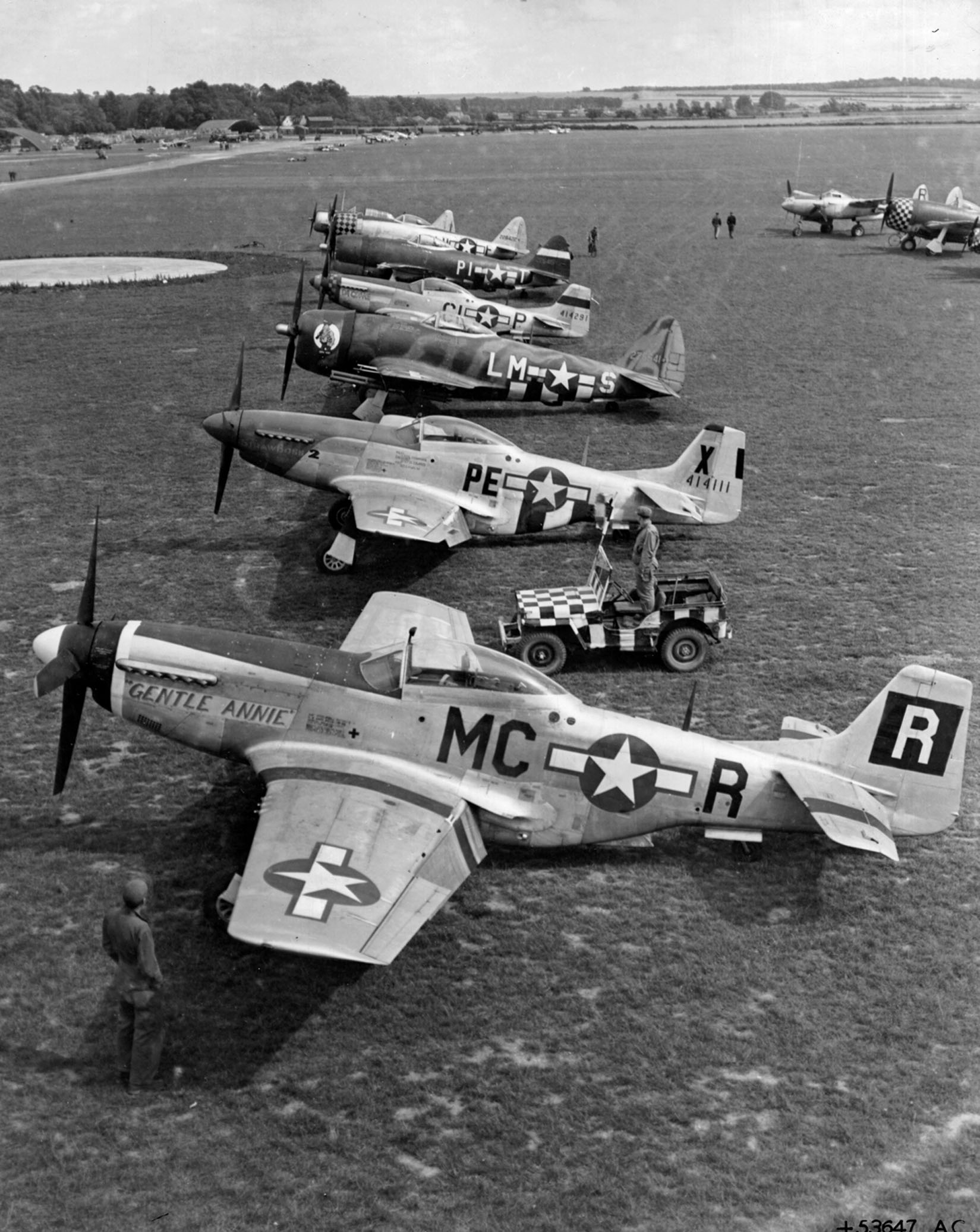 None us knows what was discussed at the conference, but, given the attendees and the date, we can guess: “Okay, guys, now we have a foothold on the Continent. Where do we go from here and how do we go about it?”  Or maybe it was planning for support of Operation Market-Garden, the mid-September invasion of Holland.

For the first time, fighter groups were being based in the enemy’s front yard. But, of course, U.S. fighters suddenly had Germans in their front yard, too. Given the short range of some German aircraft, notably Messerschmitts, this proximity could be construed to be to the Luftwaffe’s benefit: they wouldn’t have to fly very far to find targets and fuel wasn’t as much of a concern.

Of course, Allied air fields in France were literally fields: no sooner had the grunts driven a mile inland than an Air Force crew was on site looking for places to bulldoze more or less flat and call an airfield. Truck convoys fed by ships at the secured beachheads then began disgorging unimaginable amounts of mud-fighting Marston mat, tents, gasoline, toilet paper, food, kitchens and everything needed to keep a fighter group fighting.

The logistical demands of converting entire fighter groups into rural-based barnstorming gypsies was huge. While the strategies of battle undoubtedly occupied much of the meeting’s agenda, so did the more mundane subjects of the day-to-day survival of the airplanes and the crews that flew and supported them.

Wouldn’t you like to have been a fly on the wall at this meeting? -Budd Davisson