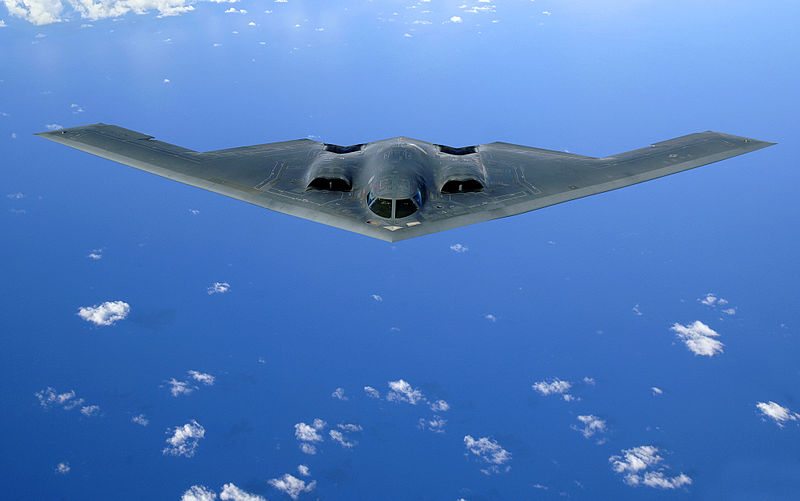 I never expected to step inside the cockpit of a B-2 Spirit, the Pentagon’s long-range stealth bomber. So you can imagine the shock of being at 27,000 feet and hearing an U.S. Air Force pilot tell me over the cockpit intercom, “Okay, you have the jet.”

I place one suddenly damp left hand on the throttle and the right on the stick, taking nominal control of a $2 billion aircraft. There are only 20 B-2s, built by Northrop Grumman, in the Air Force arsenal, including a second B-2 flying formation with us, slicing through clouds a scant 4 miles ahead. It occurs to me that with some exceptionally bad luck, I could endanger one-tenth of the American B-2 fleet and cause a rebalance in global military power.

But Timothy “Scar” Sullivan, of the 393rd squadron, 509th Bomb Wing, based in Missouri’s Whiteman Air Force Base, isn’t worried. The B-2 pilot has confidence in three things: His unshakeable ability to monitor every detail of the flight, his ability to recover from anything I can possibly do at this altitude, and the airplane’s ability to stop me from doing anything too dumb. He’s also rated as an instructor, so he’s qualified to operate the airplane with nothing but untrained dead weight (me) on the right side of the two-seat airplane.

For the complete story by Joe Pappalardo of Popular Mechanics, click here.