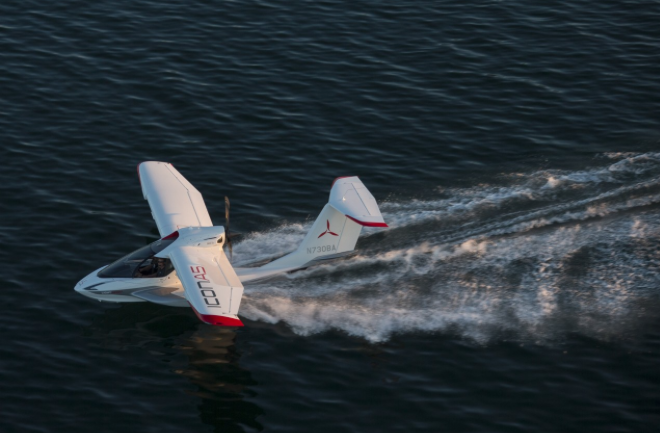 I’ve never piloted an airplane before. I’ve never even so much as sat in the cockpit of a moving aircraft. So I’m naturally a bit nervous when Kirk Hawkins, founder and CEO of Icon Aircraft, asks me if I want the stick. We’re roughly 1,000 feet above New York’s Hudson River in Icon’s new A5 airplane, the Manhattan skyline rolling past on our left, the Statue of Liberty dead ahead.

I do want the stick, and I also don’t want the stick. Above the Hudson River is a busy air corridor. Helicopters buzz past us headed in the opposite direction and dot the sky over New York Harbor ahead. There’s boat traffic below. Hawkins assures me that he won’t let me screw this up. In fact, he says, it’s difficult to screw up badly in this aircraft.

Icon has spent seven years developing a two-seat light sport aircraft simple and safe enough that anyone can learn to fly it. The A5 is that aircraft, and to test the hypothesis Hawkins gives me control of the airplane in one of the busiest airspaces in America.

For the complete story and video by Clay Dillow of Popular Science, click here.