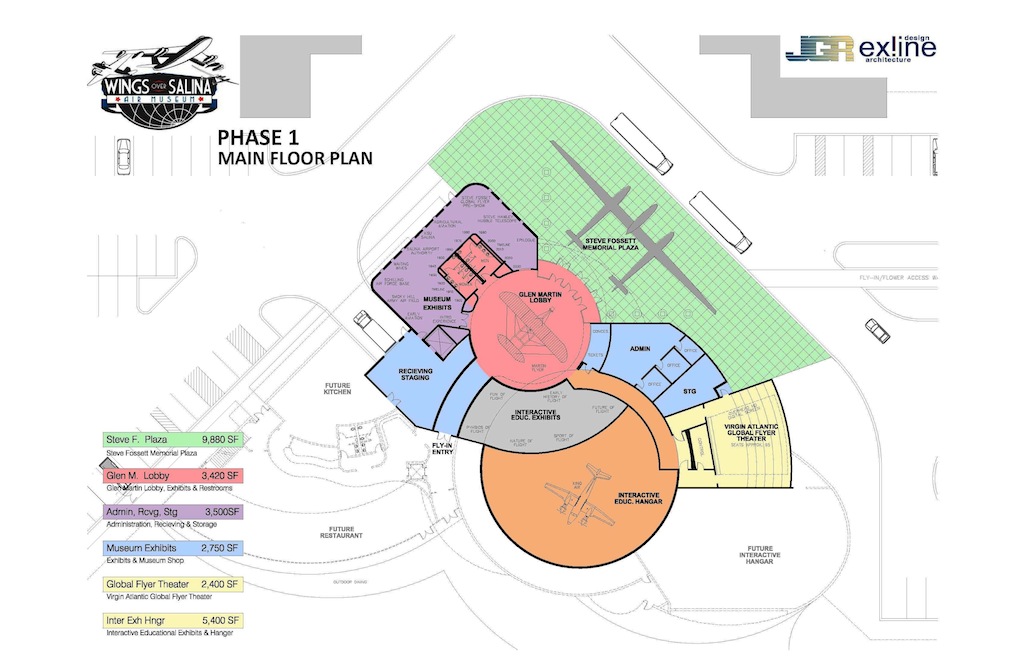 Men known for their prowess in flight, coupled with rich military heritage, form “boulders” for the Wings Over Salina Aviation Experience that is gathering nuggets for a multimillion-dollar project in Kansas.

“It’s been on my bucket list since I’ve been on the (Salina Airport Authority) board,” said Hassler, a Salina urologist, former U.S. Air Force flight surgeon and an avid pilot. He chairs the advisory council aimed at establishing a special place adjacent to Salina Regional Airport that it’s hoped will be visited by an estimated 25,000 people a year.

Billed as an aviation experience rather than a museum, the aim is to celebrate Salina’s winged pedigree, starting with Glenn Martin’s first flight over Salina in 1911, the advent of military flight training from Smoky Hill Army Airfield-Schilling Air Force Base from 1942 until it closed in 1965; astronaut Steve Hawley’s space missions, and adventurer Steve Fossett’s world-record feats in the GlobalFlyer.

For the complete story by Tim Unruh of the Salina Journal, click here.