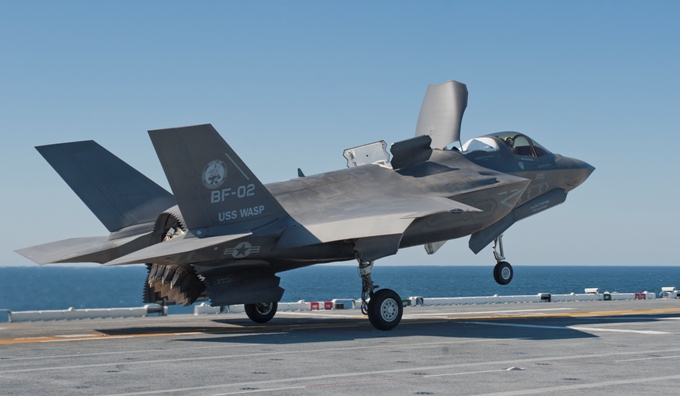 Ever since the F-35B short take-off and vertical landing (STOVL) version of the Joint Strike Fighter first flew in the hands of BAE Systems’ test pilot Graham Tomlinson in June 2008 we have heard plenty about the easy and precise nature of the jet’s controllability.

Commenting about STOVL operations in particular, pilots tend to focus on the ‘push button’ ease of vertical landings compared to the Harrier and the unusual (until you get used to it) ‘walnuts in a blender’ sound that comes from the lift fan.

However virtually everything we have heard so far has been from seasoned military or industry test pilots who were involved in the development and evaluation of the F-35B, or leading instructor pilots assigned to initial training.  But now that an increasing number of regular U.S. Marine Corps squadron pilots are flying the F-35B at MCAS Yuma, Arizona, with VMFA-121, what do they think? Their view is bound to be of wider interest as the JSF is prepared for its first overseas visit to the U.K’s Royal International Air Tatoo and the Farnborough airshow later this summer.