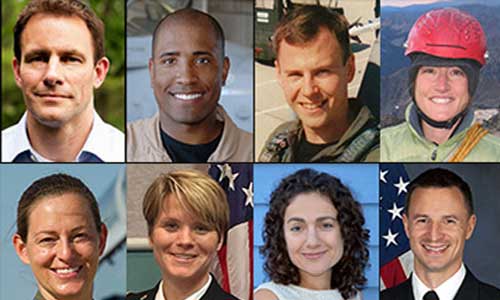 NASA has picked eight Americans, a mix of scientists and military pilots, to begin training for future space missions that may one day launch them all the way to Mars. The new class consists of four men and four women who will join the 49 active astronauts at the agency’s astronaut corps at the Johnson Space Center in Houston.

The new U.S. space travelers, which NASA unveiled Monday, could be part of the first crews to visit an asteroid or Mars, deep-space goals that NASA aims to explore. They could also be the first people to launch to space on a U.S.-built rocket since the era of the space shuttle, which ended in 2011.

In the nearer term, the new recruits could launch on Russian rockets to serve long-duration missions on the International Space Station, which is expected to operate until at least 2020.

For the complete story by Clara Moskowitz of Space.com, click here.