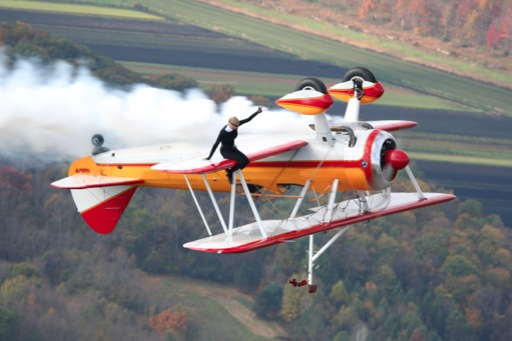 A stunt pilot and a wing-walking performer were killed in a fiery crash at the Vectren Dayton Air Show Saturday in Ohio. The pair was identified as Jane Wicker and pilot Charlie Schwenker on the “Jane Wicker Air Shows” official Facebook page.

“It is with sad hearts that we announce that Jane Wicker and Charlie Schwenker were tragically killed while performing at the Vectren Dayton Airshow. We ask for your prayers for the families and privacy of all involved and allow them time to grieve and work through these events,” said the post.

Saturday’s portion of the air show was cancelled in the aftermath of the crash. Dayton International Airport was closed for 25 minutes, but resumed normal operations in the afternoon.

For the complete story and video by WHIO-TV, click here.