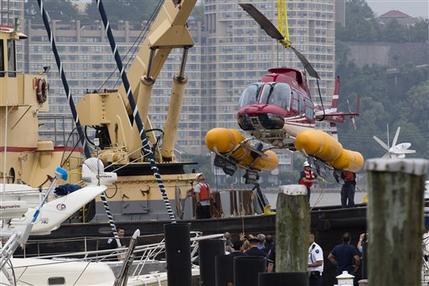 A quick-thinking pilot safely landed a helicopter on the Hudson River Sunday morning after the aircraft’s engine failed midair during a routine sightseeing flight with a family of four Swedish tourists, authorities said.

The pilot, Michael Campbell, 22 years old, said he was flying north roughly 1,500 feet above the Hudson at about 120 mph when the Bell 206’s engine shut down. He put out a mayday call and then addressed his passengers: “I told them we were going down and to just relax,” he said in an interview.

Less than 20 seconds later, the helicopter was floating on two emergency pontoons that Mr. Campbell had engaged as he glided the aircraft down near the West 79th Street Boat Basin.

For the complete story by The Wall Street Journal, click here.