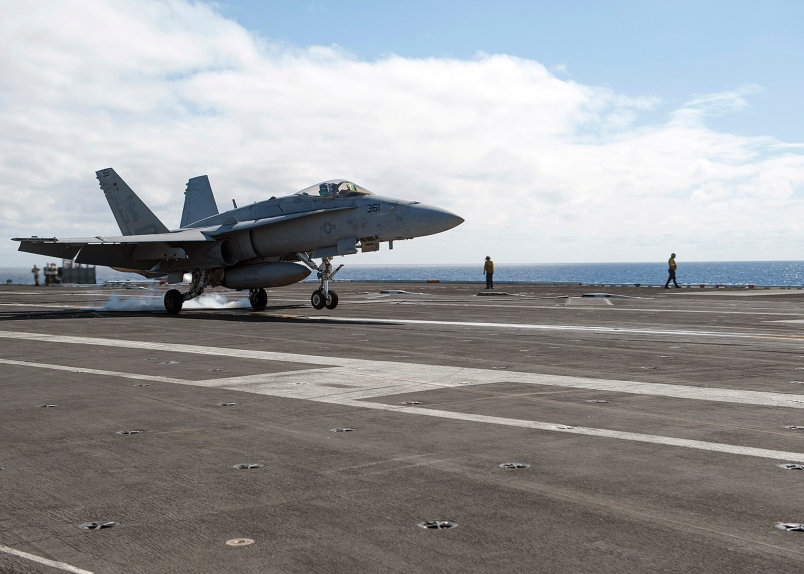 The U.S. Navy is searching for one pilot and treating the injuries of another after two Boeing F/A-18 Hornets crashed after colliding Friday over the western Pacific while operating from an aircraft carrier.

One pilot was pulled quickly from the water after the crash and is in stable condition, according to a spokesman for the Navy’s 7th Fleet. Navy ships and aircraft were still searching for the other pilot.

For the complete story by Stars and Stripes, click here.